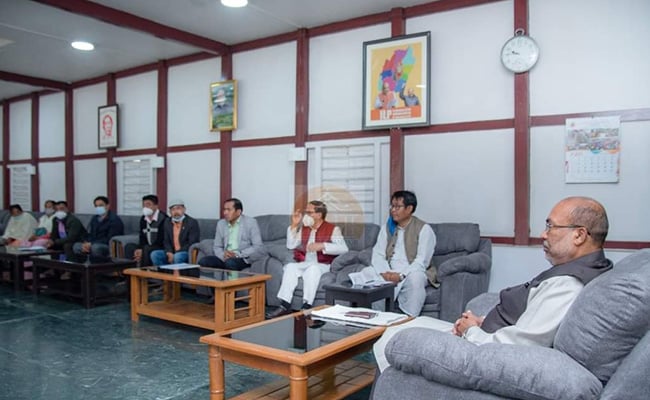 Manipur Chief Minister N Biren Singh has ordered a probe by a medical expert team into the death of a frontline worker who died a week after receiving her first dose of COVID-19 vaccine. The Chief minister has told NDTV that the state government has taken a serious note of the allegations by the family members of the 48-year-old Anganwadi worker, who claimed “medical negligence” led to her death.

“We have asked for a probe to ascertain if there was medical negligence . We have assured suitable compensation duly considering post-mortem reports and have instructed for taking strong action against defaulting officials based on the report of the medical experts,” Biren Singh said

The autopsy has been carried out and the state police has registered a suo moto case, an official said.

The Anganwadi worker, Wahengbam Ningol Naorem Ongbi Sundari alias Chaoba, used to work at the Kumbi Tera kha Anganwadi Centre of Kumbi in Bishnupur district of Manipu, 60-kilometre from state capital Imphal. She was administered her first vaccine dose on February 12 at the Public Health Centre in Bishnupur, sources said.

She started suffering from allergic reactions and fever from February 13, they said. She, however, did not go to any hospital for check up and took medicine brought from a pharmacy, they added.

Locals held a public meeting at Kumbi Lai Sandhong, alleging negligence on the part of the doctor and demanding action against those responsible for the death.

<!-- -->Congress on Friday said the people have been hit by the "double whammy" of low growth and high inflation.New Delhi: Attacking the...
Read more