Woman Accuses Maharashtra Minister Dhananjay Munde Of Rape, He Claims They Are In Relationship 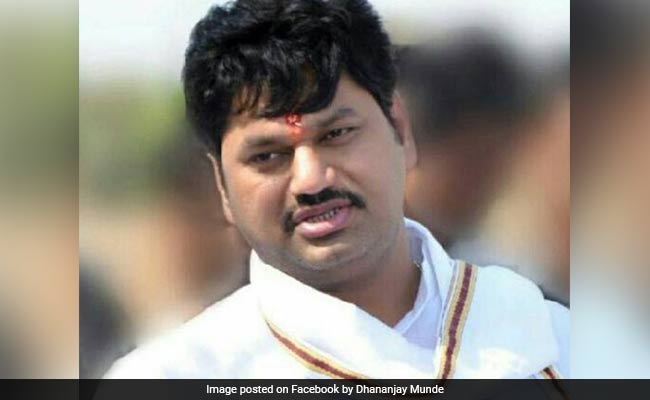 Dhananjay Munde said that he is in a relationship with the woman since 2003.

Maharashtra Social and Justice Minister Dhananjay Munde on Tuesday refuted a rape allegation levelled by a 38-year-old woman but said that he had been in a relationship with her sister since 2003.

In a post on Facebook, the NCP leader claimed that the woman and her sister were trying to blackmail him and extort money from him. He said that he had also filed a complaint with the police in November 2020.

Dhananjay Munde said that he had been in a relationship with the woman since 2003 and has two children with her. The minister said that their relationship was also accepted by his family.

After the minister accepted his relationship with the woman, BJP’s women’s wing wrote to Chief Minister Uddhav Thackeray and demanded his removal from the Cabinet.

On January 11, the woman along with her lawyer arrived at the Oshiwara police station in Andheri to file a rape complaint against Dhananjay Munde. She stated in her complaint that she knew Dhananjay Munde since 1997.

She alleged that Dhananjay Munde had raped her by giving an assurance of marrying her and also promised to help her get work as a singer in Bollywood.

Advocate Ramesh Tripathi, the lawyer of the woman said that an FIR had not been lodged in the matter so far.

“Dhananjay Munde first raped her in 2008 when she was alone at her home and shot a video. Since then, he had repeated the act multiple times over the years. In 2019, he refused to marry her and said if she said something, then he would leak the video on social media. The police station denied lodging an FIR in the case. We will go to court. If anything happens to her, then Dhananjay Munde will be responsible,” he said.

Facebook
Twitter
Pinterest
WhatsApp
Previous article‘If You Build for India, You Build for the World’: Signal Co-Founder Brian Acton on WhatsApp and Future of Private Messaging
Next articleYouTube Must Take Down Donald Trump’s Channel or Face Advertiser Boycott, US Civil Rights Groups Demand