Home Blogs Will Congress-led alliance trigger a tough contest in the 2021 Assam election?

Will Congress-led alliance trigger a tough contest in the 2021 Assam election? 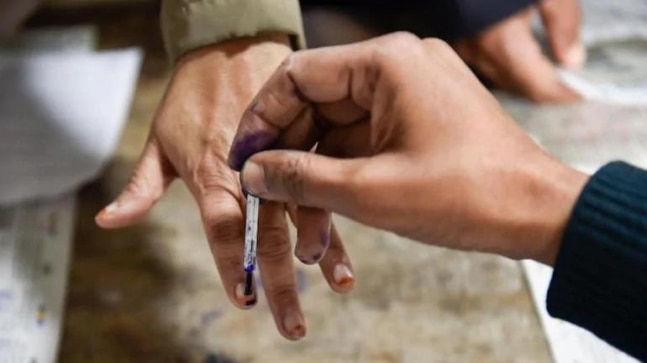 Election results have hardly been unpredictable in Assam in the past several decades despite the complex political situation in the multi-ethnic state. However, the forthcoming assembly polls in the state could be a bit different as a large number of constituencies could be headed for a stiff contest.

Members of the Congress-led six-party alliance that includes the Left parties, Anchalik Gana Morcha and All India United Democratic Front (AIUDF) are hopeful of forming the next government with a drastic improvement over the forty seats won in the last assembly polls out of a total of 126. While AIUDF won from 14 seats, Congress secured victories in 26 although it is now left with only 20 after defections and deaths of some legislators.

Political analysts say the newly formed Anchalik Gana Morcha and the Left parties look unlikely to make any impact but the alliance will alter the political equations in several constituencies of western Assam and Barak Valley. In the last Assembly polls, in all these zones, BJP won in many seats with a thin margin owing to the division of votes between Congress and AIUDF.

A major factor that could work in favour of the alliance is the consolidation of votes in all the pockets inhabited by Bengal-origin Muslims that also includes a sizable population of ‘illegal immigrants’. This includes the two districts of Karimganj and Hailakandi in Barak Valley and at least seven in mainland Assam on both the banks of the Brahmaputrar.

Perfume baron Maulana Badruddin Ajmal who heads AIUDF has already sounded the bugle at a rally convened on 20 January in Dhubri. He was quoted by Assamese dailies as saying that Muslims would be barred from offering namaz, sporting beards and women prevented from wearing the burkha if BJP were to form the next government in Assam.

Such speeches, analysts feel, could help in mobilising the support of a community reeling under fear of persecution. The government’s repeated announcement of plans for a new National Register of Citizens (NRC) to identify foreign nationals has only exacerbated the apprehension of a large section of being rendered stateless.

Then, the alliance could also make gains in the Bodoland Territorial Region (BTR) and in some seats where the tea tribes are a deciding factor in eastern Assam. That the tea tribes are peeved over BJP’s undelivered promise of a wage hike was indicated by the massive turnout at a recent rally in Dibrugarh staged by the Congress-backed Assam Chah Mazdoor Sangha. The Congress-AIUDF drew a blank in the recently held elections in the BTR but its support to the opposition Bodoland People’s Front (BPF) could also prevent the BJP and its allies from making a clean sweep of the 12 odd assembly seats in the autonomous districts.

On the flip side are some concerns of a section of Congress leaders over seat sharing with AIUDF. The latter had contested from 74 seats in the previous polls and is expected to demand at least forty in the forthcoming elections. Congress is unwilling to part with more than twenty seats to AIUDF.

Some Congress functionaries also hold the unflinching view that the party would be closely identified with immigrant Muslims due to the alliance which would only benefit BJP and its allies. The party stands the risk of being wiped out completely in the Assamese-dominated pockets and especially in the eastern districts of the state.

The tough contest notwithstanding, BJP and its allies could have an edge over the other parties in the assembly polls. Consolidation of Muslim votes could have the effect of uniting a large number of Hindu voters cutting across different communities.

In the weeks to come, BJP leaders can be expected to make speeches underscoring the ‘danger’ from Ajmaj, illegal immigrants and the Congress led alliance if it were to win the elections. A political analyst who did not wish to be named predicts king-sized posters weeks ahead of the polls depicting Ajmal and with a query — Do you want him as the chief minister? Similar posters were observed during the previous polls in 2016.

Harping on Bangladeshi Muslim immigrants strikes a chord with many communities in Assam and could also been seen as a strategy by BJP to tide over the Opposition’s charge of it being unsuccessful in fulfilling promises to identify and deport foreign nationals.

The second advantage for BJP is that it is the only party with a formidable presence in the grassroots across the state. This has been facilitated by the efforts of Rashtriya Swayamsevak Sangh (RSS) that had been persistently working to expand its base in the region since 1949. An effective tool that had helped the RSS-BJP to penetrate the interiors of Assam is the Ekal Vidyalaya that has mushroomed in all the districts.

BJP’s biggest challenge would be to retain the constituencies in eastern Assam with an overwhelming Assamese majority that had erupted in violent protests against the Citizenship (Amendment) Act last year. Nor can BJP depend upon Asom Gana Parishad (AGP) to retain its previous tally of 14 seats as the party is battling for survival.

In eastern Assam, BJP will have to compete with Asom Jatiya Parishad (AJP) and Raijor Dal in about a dozen seats and especially the constituencies dominated by the Ahom community. Efforts are on between these two parties for a pre-poll alliance which has so far not materialised. The presence of Raijor Dal chief Akhil Gogoi could further queer the pitch for BJP in this zone which is possibly a reason why he was denied bail two week ago.

(Rajeev Bhattacharyya is a senior journalist based in Guwahati)