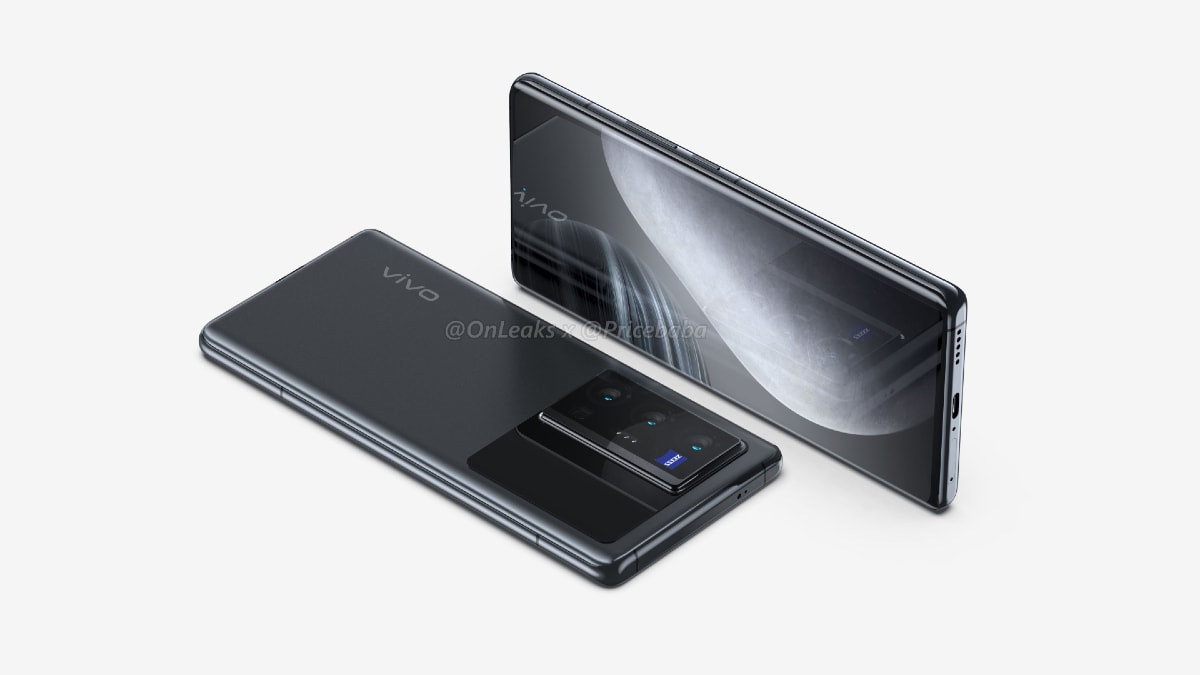 Renders of the Vivo X70 Pro+ have leaked by Steve H. McFly (@OnLeaks) in collaboration with Pricebaba. The phone is allegedly seen featuring a curved display with a hole-punch cutout for the selfie camera placed in the top-centre. The bezels are extremely slim on all sides and the phone is likely going to have an in-display fingerprint scanner. The rear panel looks similar to that of the Mi 11 Ultra with the camera module housing four rear cameras, a laser autofocus unit, and an LED flash. The ZEISS logo is also inside the module. There’s a large blank area on the side of the camera module that could be a secondary rear display. But it could also just be a design feature with no display at the back and clarity on this is not achieved via the renders.

The power and volume buttons are seen on the right spine of the Vivo X70 Pro+, whereas the speaker grille and the USB Type-C port sit at the bottom edge. The report leaks that the Vivo X70 Pro+ may feature a 6.7-inch display and measure 164.8×75.5x9mm, with its thickness increasing to 11.3mm around the camera bump.

In addition, the Vivo X70 Pro+ was also spotted on Google Play Console by MySmartPrice. The listing suggests that the Vivo X70 Pro+ may be powered by a Snapdragon 888 SoC paired with 8GB RAM and Adreno 660 GPU. It is likely to run on Android 11 and feature a full-HD+ display with a 1,080×2,400 resolution. The image attached to the Google Play Console listing shows a similar front design as the leaked render.

Vivo X70 Pro+ was earlier spotted on 3C certification site with 66W fast charging support. The Vivo X70 series is expected to launch in September ahead of the IPL season.