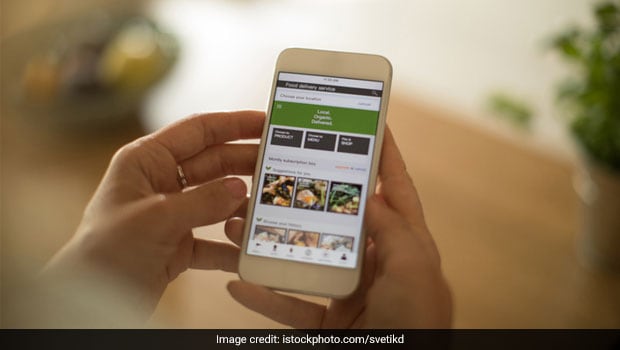 It’s always infuriating to wait for your food right from the moment you place the order. With rising hunger level, your patience runs out. Imagine if at that time you get to know that you are not getting your food? Nightmare, right?! This horror came true for a woman in London. No, her order wasn’t cancelled by the restaurant or the food delivery app but her food was eaten and finished off on the way by the delivery driver. It’s a true story! Read on to know more.

The unabashed driver did not stop at eating the customer’s food. He might have felt a tug of remorse in his heart or maybe he was just in the mood for some fun, he actually messaged the customer via the app: “Sorry, love, ate your food.” The woman took to Twitter to share a screenshot of the message in the app and wrote: “Is my Uber Eats driver okay????” (crying emojis)

Illy Ilyas, a student, reportedly ordered two burgers, chips and a chicken wrap from a restaurant in East London using the Uber Eats app. She first received a notification from the app saying the driver was nearby. After some time, she received a message from the delivery driver breaking the news to her that he ate her food.

Now, if you are wondering what action did Illy take against the driver after this shocking incident, well, she let him off the hooks. In another Twitter post, she revealed: “Anyone who wants to know what happened I had it redelivered by the restaurant and I didn’t report him bc I’m not a snitch.”

The viral Twitter post received 92K likes at the time of writing the story, and thousands of comments poured in.

Some users shared their own experience with the food delivery drivers not delivering their food:

“Yo Just Eat my sister ordered McDonald’s on your site yesterday from Kentish Town McDonalds. The driver cancelled the order, sat outside her house and ate the food?”

“Okie but why is it that food delivery drivers in the states so rude. Either they eat the food, sip some drinks, deliver the food damaged?”

“My driver stopped in the red light district last week, then turned his tracking off.”

i was mad as shit all i had to eat was rice and cabbage pic.twitter.com/XZI2Gh7aON

Some users were just amused by the whole incident:

“He said he loves you now. Your wahala too much sef”

“He said “Love” he must feel really remorseful.”

About Neha GroverLove for reading roused her writing instincts. Neha is guilty of having a deep-set fixation with anything caffeinated. When she is not pouring out her nest of thoughts onto the screen, you can see her reading while sipping on coffee.

<!-- -->The police official said that further investigation is underway.Pune: A man has been arrested on Monday for allegedly killing a 30-year-old researcher...
Read more
Top Stories

<!-- -->While Workspace has 2.6 billion users, the suite is free for individuals.Google is updating its productivity software to better meet the needs of...
Read more