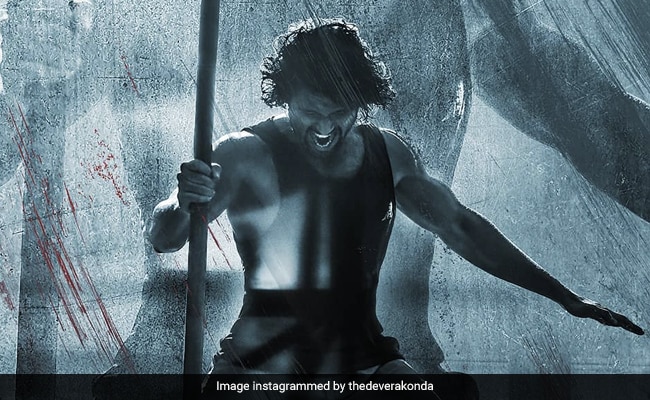 Vijay Deverakonda on a poster of Liger (courtesy thedeverakonda)

Vijay Deverakonda and Ananya Panday’s much awaited multilingual film Liger has zeroed in on a release date – September 9, 2021. The first-time co-stars announced that Liger will release in cinemas worldwide in September and not only in Hindi but also in Telugu, Tamil, Kannada and Malayalam. The date is set. “India – we are coming! September 9, 2021,” Vijay wrote along with a powerful poster of Liger. “Packing a punch in a theatre near you on September 9, 2021! The worldwide theatrical release of Liger in a language of your choice – Hindi, Telugu, Tamil, Kannada and Malayalam,” added Ananya Panday.

Directed by Puri Jagannadh, Liger it will be produced by Karan Johar’s Dharma Productions along with Charmme Kaur. Liger‘s release in Hindi will mark Vijay Deverakonda’s Bollywood debut while it will mark Ananya Panday’s debut stint at Telugu, Tamil, Kannada and Malayalam cinema.

In January, Vijay Deverakonda introduced himself as Liger, a boxer with the first look poster and a hint of what to expect from the movie: “Humbly announcing our arrival Pan India! Someone with my background shouldn’t have reached anywhere near here according to the conventions and set norms. But with sheer madness, passion, hardwork, here we are!”

The first poster of Liger was welcomed with milk showers and drum beats as fans across several states celebrated Vijay’s upcoming movie. He shared a thank-you note for his fans and wrote: “My loves, yesterday you made me emotional, happy emotional. Your love has reached me! There was a time I worried if anyone would notice the work I did, if people would turn up to the theaters.”

Speaking of Liger, Vijay Deverakonda had earlier told news agency PTI, “I’ve started shooting for my first pan-Indian film with Puri Jagannadh. It’s a project that required me to undergo drastic physical transformation and I’ve been working non-stop to pull off the character. I play a fighter and the role required me to learn mixed martial arts.”