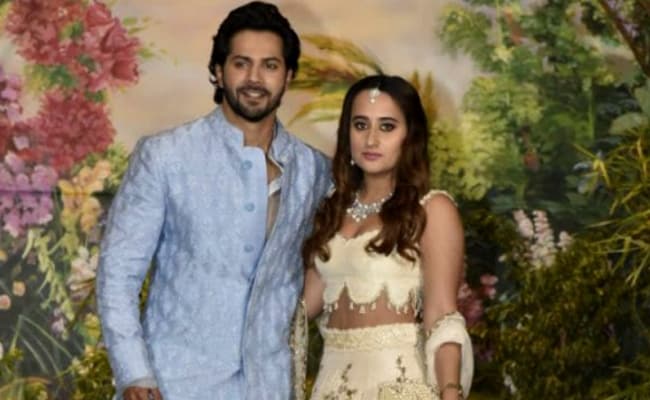 Varun Dhawan and Natasha Dalal photographed at an event.

The first celebrity wedding of this year is about to kick off – actor Varun Dhawan and fiancee Natasha Dalal will get married this weekend in Alibaug, a seaside town some 120 kms from Mumbai. The wedding will be as big and fat as the COVID-19 pandemic will allow – the guest list is restricted to between 40 and 50 but there will be a mehendi and sangeet as per Punjabi norm. The Dhawans – Varun, parents David and Laali, and sister Anjini – were pictured this morning leaving Mumbai for Alibaug, as were Natasha and her family. Their destination – The Mansion House in Alibaug.

The Mansion House, a beach resort, offers a curated wedding experience. Pictures shared on their Instagram provide glimpses into the sort of décor that the Bollywood wedding party can expect.

The focus is on luxury and glamour, these pictures show:

Here’s a look at the pool, the terrace restaurant – one of four – and the rooms:

Varun Dhawan, who recovered from COVID-19 last year, and Natasha Dalal went to school together. He recounted how he met Natasha on Kareena Kapoor’s radio show What Women Want: “The first time I met Natasha was in the sixth standard. We have not been dating since then. We were friends till the eleventh or twelfth grade. We were very close friends but the minute I saw her, I still remember, we went to Maneckji Cooper, she was in the yellow house and I was in the red house. It was on the basketball court. So, in the lunch break, in the canteen, they give you food and an energy drink. I remember her walking, I remember seeing her and actually, when I saw her, I felt like I fell in love with her that day. That was it.”

While appearing on the sixth season of Koffee With Karan, Varun confirmed that he and Natasha, a designer, were dating and that they intended to get married.

Varun Dhawan made his debut in 2012’s Student Of The Year and is the star of films such as Humpty Sharma Ki Dulhania, ABCD 2, Badlapur, Dilwale and Sui Dhaaga. He was last seen in the remake of Coolie No 1 with Sara Ali Khan.