US Unveils Plan To Counter China With India’s Rise 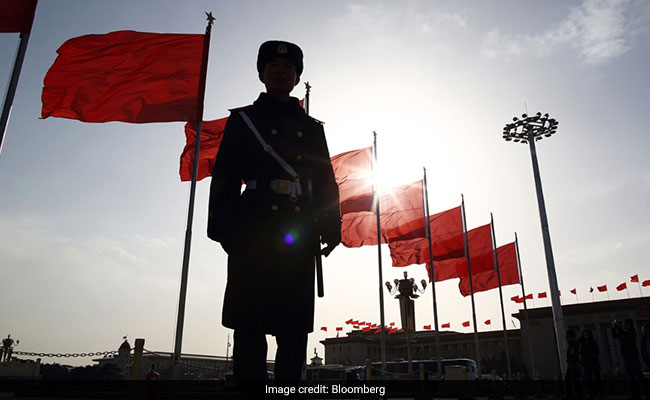 National Security Advisor said US seeks to ensure that allies, partners can protect their sovereignity

The Trump administration declassified its strategy to ensure continued dominance over China, which focuses on accelerating India’s rise as a counterweight to Beijing and the ability to defend Taiwan against an attack.

National Security Advisor Robert O’Brien on Tuesday announced the publication of the document, titled “United States Strategic Framework for the Indo-Pacific.” Approved by President Donald Trump in February 2018, it provided the “overarching strategic guidance” for U.S. actions the past three years and was released to show the U.S. commitment to “keeping the Indo-Pacific region free and open long into the future,” O’Brien said in a statement.

“Beijing is increasingly pressuring Indo-Pacific nations to subordinate their freedom and sovereignty to a ‘common destiny’ envisioned by the Chinese Communist Party,” O’Brien said in an expanded statement. “The U.S. approach is different. We seek to ensure that our allies and partners – all who share the values and aspirations of a free and open Indo-Pacific — can preserve and protect their sovereignty.”

The document lays out a vision for the region in which North Korea no longer poses a threat, India is predominant in South Asia and the U.S. works with partners around the world to resist Chinese activities to undermine sovereignty through coercion. It assumed that China will take “increasingly assertive” steps to compel unification with Taiwan and warns that its dominance of cutting-edge technologies like artificial intelligence will “pose profound challenges to free societies.”

While the timing of the release just a week before President-elect Joe Biden takes office raises questions about the motive, the Trump administration’s actions to counter China in Asia have largely enjoyed bipartisan support. Incoming Biden officials have talked about the need to work more with allies and partners against China, which also forms a key part of the strategy — particularly in strengthening security ties with Australia, Japan and India.

Rory Medcalf, a professor and head of the National Security College at the Australian National University, said that the document shows U.S. policy in Asia was driven by efforts to “bolster allies and counter China.” But he noted that the strategy was so ambitious that “failure was almost assured” on issues such as disarming North Korea, sustaining “primacy” in the region and finding international consensus against harmful Chinese economic practices.

“The declassified framework will have enduring value as the beginning of a whole-of-government blueprint for handling strategic rivalry with China,” Medcalf wrote in a post for the Australian Strategic Policy Institute research group. “If the U.S. is serious about that long-term contest, it will not be able to choose between getting its house in order domestically and projecting power in the Indo-Pacific. It will need to do both at once.”

Key highlights of the report include:

(adsbygoogle = window.adsbygoogle || ).push(); <!-- -->The bench issued notices to the Centre and Haryana seeking their responses on the...
Read more
India

Election Commission Eases Deadline For Objections To Registration Of Parties

Election Commission Eases Deadline For Objections To Registration Of Parties