UP Girl’s Body Found Hanging Off Bridge, Killed In Fight With Family: Cops 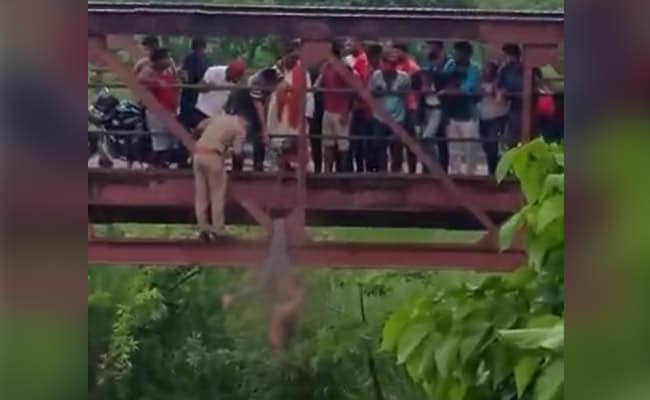 The body of a 17-year-old girl from Uttar Pradesh’s Deoria district hung off a bridge for hours between Monday evening and Tuesday night, after she was allegedly murdered, and the body thrown off the bridge by the girl’s grandfather and two uncles. While the police have not said on record why the girl was killed, an aunt has said the accused had a problem with the girl’s ‘lifestyle’.

Gory videos shot by bystanders on Tuesday showed the girl’s body hanging from a railing on the bridge, as a policeman and a local attempt to retrieve it. Another video showed senior police officials inspecting the area.

Reports say the girl and her mother had recently come to live at the home of their in-laws in Deoria . The girl’s father is a migrant worker in Punjab.

“These people always had a problem with the lifestyle of the girl and her family. They were jealous of what the family ate, what they wore. They assaulted the girl with a rod. When she became serious, they told the mother they were taking the girl to a hospital but instead dumped her off the bridge on the way to the hospital,” an aunt of the girl told reporters.

“The girl had an argument with her grandfather and abused him. 2-3 uncles of the girl then assaulted her, and she fell unconscious. The relatives were then taking her to hospital, but she died on the way. They tried to dump the body, but it got stuck on the river bridge, Mr Mishra said.

Reports say the grandfather of the girl has been arrested while the accused uncles are still on the run.

(adsbygoogle = window.adsbygoogle || ).push(); <!-- -->According to the police, the two women were last seen on Friday. (Representational)Thane: The...
Read more