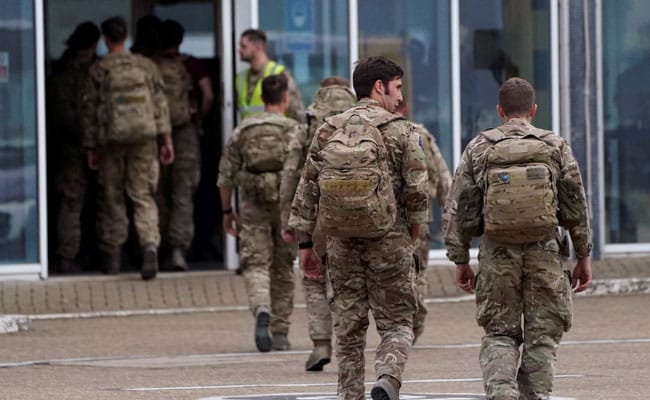 British Prime Minister Boris Johnson defended Britain’s airlift out of Kabul on Sunday and praised the troops for their mission after criticism grew that the government had been “asleep on watch” in Afghanistan.

Britain’s last military flight left Kabul late on Saturday, ending a chaotic two weeks in which soldiers helped to evacuate more than 15,000 people from the crowds who descended on the capital’s airport, desperate to flee the Taliban.

Johnson said Britain would not have wished to leave Afghanistan in this manner following its near 20-year presence there, but he said the armed forces should be proud of their achievements none the less.

“I thank everyone involved, and I believe they can be very proud of what they’ve done,” he said in a video online.

Richard Dannatt, former chief of staff of the British army, said the government now needed an inquiry to establish why it was so ill-prepared for the rapid fall of Afghanistan to the Taliban.

Britain’s defence minister, Ben Wallace, has said around 1,000 people who were eligible to come to Britain, including former staff to the British, were unlikely to get out.

Lisa Nandy, the opposition Labour spokeswoman for the foreign office, said ministers appeared to have been completely unprepared for the speed of events and it was not clear how Afghans could now get to Britain after the airlift had ended.

“It really is an unparalleled moment of shame for this government, that we’ve allowed it to come to this,” she told Sky News.

Johnson said troops and UK officials had worked around the clock and in harrowing conditions to complete a mission “unlike anything we’ve seen in our lifetimes”.

Speaking to the 150,000 men and women who completed a tour of Afghanistan, and the families of the 457 who died there, Johnson said they had succeeded in keeping Britain safe and in improving the livelihoods for locals there.

“It is at the darkest and most difficult moments that the Armed Forces of this country have always performed their greatest and most astonishing feats,” he said of the final departure.

One flight carrying troops and London’s ambassador to Afghanistan, Laurie Bristow, landed back in Britain on Sunday morning and further flights are expected later in the day.

<!-- -->The South American country has registered a total of 5,90,508 coronavirus deaths. (Representational)Brasilia: Brazil reported 935 COVID-19 deaths on Saturday and some...
Read more
World