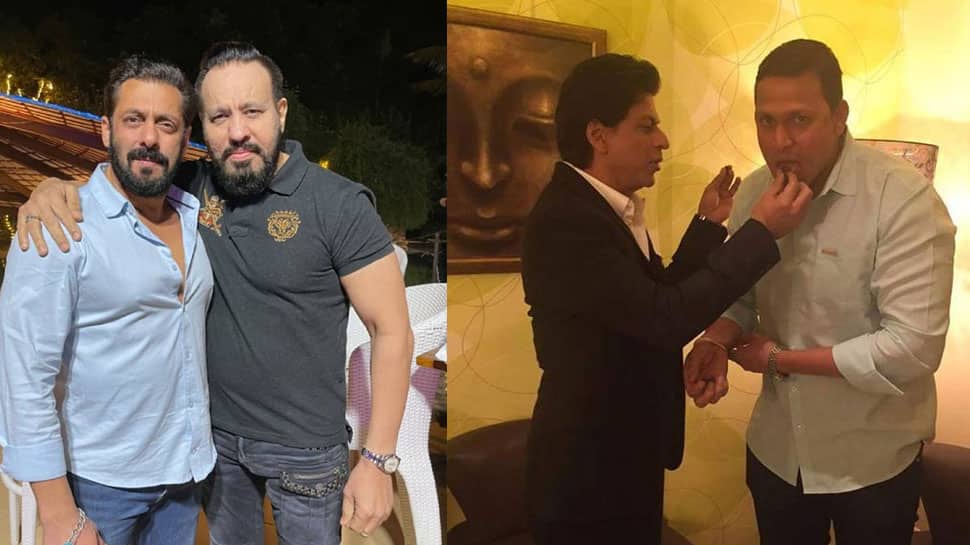 New Delhi: Our Bollywood stars are never really spotted without an entourage following the lead face. If you are an ardent fan of any B-Towner, you would certainly notice a 6-feet something man always guarding the actor, ensuring nobody manages to get close to them – yes the bodyguards making a safe circle around our favourite celebs and protecting them.

From Salman Khan’s Shera to Amitabh Bachchan’s Jitendra Shinde – we all have seen these familiar faces on more than one occasion. But today, let’s take a look at their annual earnings. According to a report in Times Now, these celeb bodyguards take home more than what you can ever imagine!

WHO IS JITENDRA SHINDE?

WHO IS SHAH RUKH KHAN’S BODYGUARD?

SRK is never seen without a huge 6-feet something Ravi ensuring the superstar is safe from an ocean of crowd. Over 10 years and Ravi has been with the actor through all phases. He earns Rs 2.7 crore per year, yes, take a deep breath, guys! He is the highest-paid bodyguard in Bollywood.

Likewise, Salman Khan’s Shera, who even appeared in a cameo in superstar’s movie titled ‘Bodyguard’ is paid around Rs 2 crore. He walks like a shadow of Bhaijaan.

So, pick up your jaws from the floor and get back to work!