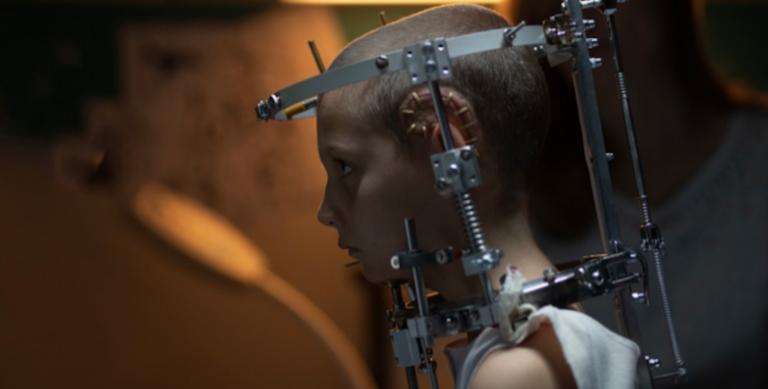 Lady Palme finally has some company. Julia Ducournau is following in Jane Campion’s footsteps and giving Cannes’ history books a much-needed, long-delayed makeover. Her second feature, “Titane,” took home the fest’s most prestigious honor, the Palme d’Or. She is the second woman director take home the prize: Campion received the award in 1993 for “The Piano.”

Co-written by Ducournau, “Titane” tells the story of Alexia (Agathe Rousselle), a dancer, model, and serial killer with a sexual attraction to cars. The revenge thriller sees her posing as an adult version of a local boy who went missing decades prior.

“Titane” was one of just four titles helmed by women screening in Competition and eligible for the Palme d’Or this year.

“I was in Cannes’ Critics Week with my first short, ‘Junior,’ five years ago. I promised myself back then that this wouldn’t be the epitome of my career — that there was no other option than to come back with a feature. And I was stupid enough to tell everyone,” the writer-director told us ahead of “Raw’s” premiere. She emphasized that she was “pretty relieved” when “Raw” was chosen to screen.

It took nearly 30 years for Cannes to name Campion’s successor, which isn’t entirely surprising given the fest’s terrible track record when it comes to underrepresenting women-directed titles in its Competition lineup — so few women are even eligible to win the Palme d’Or on a yearly basis. Campion and Ducournau are in desperate need of company, and the only way they’ll get it is if Cannes programs more films made by women in its most esteemed section.

Head over to Forbes to check out all of this year’s winners at Cannes, including Kira Kovalenko’s “Unclenching the Fists” and Antoneta Alamat Kusijanović’s “Murina.” The former won the Grand Prize in the Un Certain Regard section and the latter snagged the Camera d’Or for best debut feature film.

Jai Courtney (Jolt) is set for a key recurring role opposite Chris Pratt on Amazon’s conspiracy-thriller series The Terminal List, based on Jack...
Read more
Hollywood