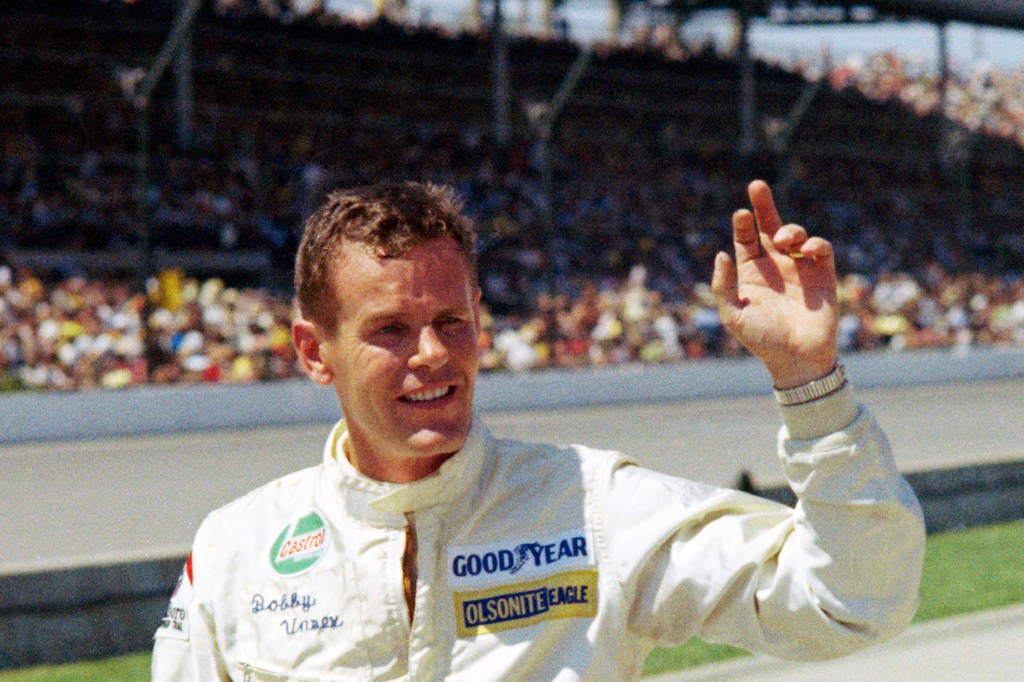 
Bobby Unser, the racing legend who was one of only 10 drivers to the Indy 500 at least three times and a member of the legendary racing Unser family, died Sunday at his home in New Mexico. The Indianapolis Motor Speedway announced the news today.

“RIP to a LEGEND,” reads a post on the track’s Twitter account. “Today, the racing world mourns the passing of three-time Indianapolis 500 champion Bobby Unser. He was the total package – adored by fans, funny and charming, and a true champion. An icon, always remembered. Godspeed, racer.”

RIP to a LEGEND.

Today, the racing world mourns the passing of three-time Indianapolis 500 champion Bobby Unser. He was the total package – adored by fans, funny and charming, and a true champion.

Unser won the annual Memorial Day weekend Brickyard race in 1968, 1975 and 1981 — becoming the first driver to claim Indy 500 crown in three different decades. (Rick Mears matched that mark in 1991.) After crashing and finishing dead last in his first Indy 500 in 1963 and next to last the following year, he had a pair of Top 10 finishes before taking the checkered flag in 1968, three seconds ahead of Dan Gurney.

He would double that winning margin over Johnny Rutherford in 1975, then beat Mario Andretti from the pole position in the controversial 1981 race. Second-place finisher Andretti was declared the winner of that race amid a scandal over Unser passing cars under the yellow caution flag, but the latter eventually was given the victory. (Watch a highlight reel of the race below.) It would be his last Indy 500 start. Unser sat out the 1982 season and ended up retiring from IndyCar racing the following year.

He began his IndyCar career after dominating Pike’s Peak, winning that hill-climb six consecutive years from 1958-63 among his 13 championships there.

Unser is the brother of Al Unser Sr. — one of three drivers to win the Indianapolis 500 four times — and 1957 Stock Car champ Jerry Unser. His son Robby Unser also raced at the Brickyard, as did nephews Al Unser Jr. and Johnny Unser. The clan has combined to take 10 checkered flags at the Indy 500, more than any other family.