‘The Trial Of The Chicago 7’ Wins Best Picture – Deadline 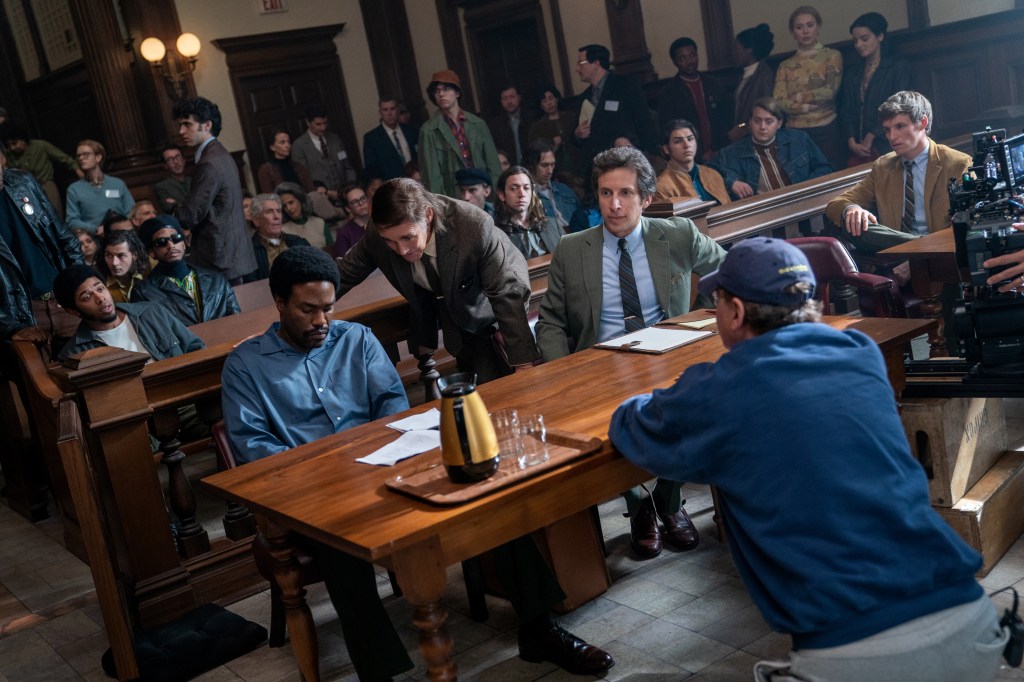 While Nomadland picked up Best Picture at the Critics Choice a couple of weeks back—a pretty reliable Oscar top prize indicator—at Sunday night’s SAG, it wasn’t even nominated in that category. Instead, that prize went to Aaron Sorkin’s The Trial of the Chicago 7, possibly bolstering its chances at the Academy show on April 25th.

The ‘Best Picture’ prize at SAG is actually awarded to the Best Ensemble Cast in a Motion Picture, and in accepting the award on behalf of the all-star cast, Frank Llangella, who played Judge Julius Hoffman, recalled Martin Luther King’s words:

“God give us leaders, said the Reverend Martin Luther King, before he was shot down in cold blood on this very date in 1968—a profound injustice. The Trial of the Chicago 7 began 18 months later, ruled by a corrupt judge—me. Aaron Sorkin was determined to tell their story and his loving and respectful direction transformed a group of disparate actors into an ensemble. Reverend King was right. We need leaders to guide us toward hating each other less. We owe a debt of thanks to the voices of the Chicago 7 and most especially Aaron Sorkin, our leader, whose voice is the soul of this movie.”

The film follows the real-life story of a group of young political activists accused of inciting a riot at the 1968 Democratic National Convention in Chicago, and among its stellar cast are Sacha Baron Cohen as Abbie Hoffman, Yahya Abdul-Mateen II as Bobby Seale,  Eddie Redmayne as Tom Hayden, Jeremy Strong as Jerry Rubin and Michael Keaton as U.S. Attorney General Ramsey Clark.

For Keaton, this Chicago 7 ensemble win makes him the first person in SAG history to win three awards for Outstanding Performance by a Cast in a Motion Picture. In 2014, he was part of the winning ensemble for Birdman, and again in 2015 for Spotlight.

John Carrol Lynch, who played David Dellinger, told the SAG house crew that the toughest scene for him had been when Bobby Seale—who had not in fact even been involved in the riots at all—was bound and gagged in the courtroom for stating his right to counsel. “That was heartrending,” Lynch said. “And difficult to be around, let alone shoot, let alone realize it was a representation of days in which he was bound in the courtroom.”

Many years in the making, the project began in the hands of Steven Spielberg, who then charged Sorkin with bringing it to fruition.

(UPDATED) On Tuesday night, fallout from recent controversies surrounding the Hollywood Foreign Press Association continued. We can confirm from sources with knowledge that Diversity...
Read more