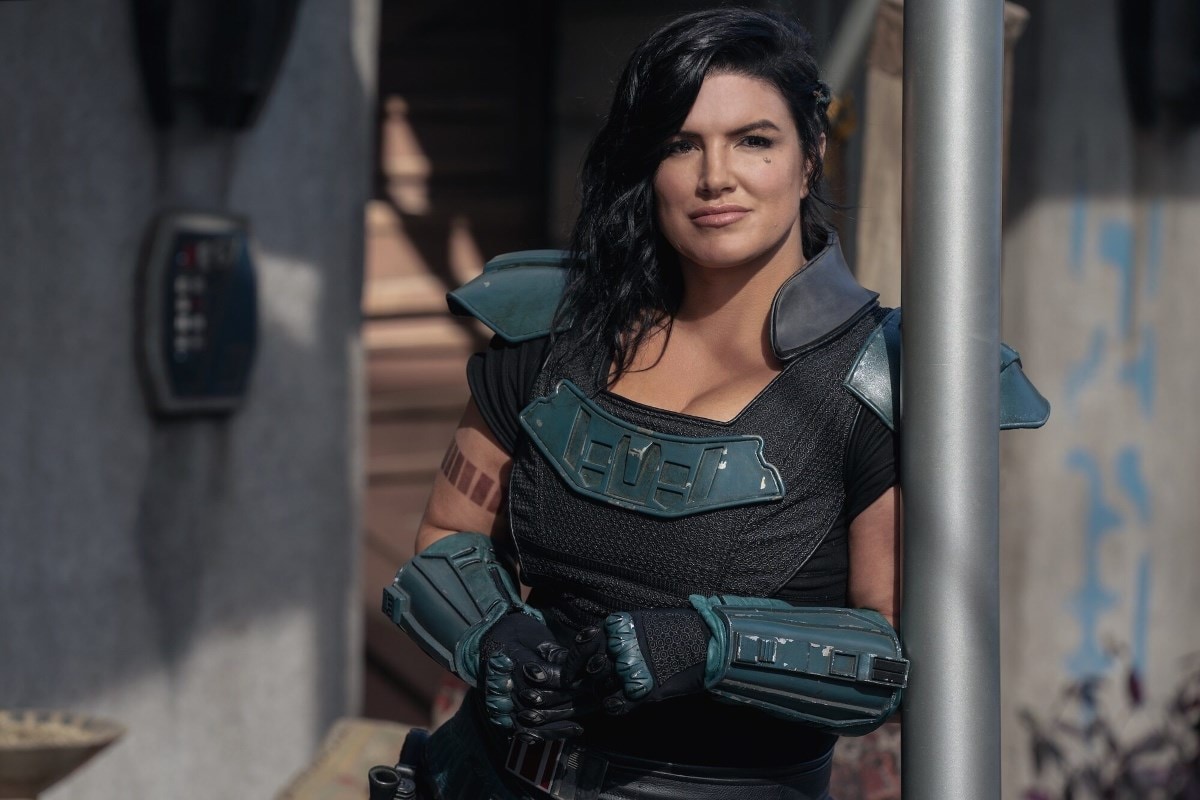 The Mandalorian star Gina Carano has been fired from the Star Wars universe, Disney and Lucasfilm have announced, in the wake of (more) offensive comments posted by Carano on her social media accounts. Carano compared hating people for their political views to the discrimination and prejudice faced by Jews in Nazi Germany. In a statement, Lucasfilm said: “Gina Carano is not currently employed by Lucasfilm and there are no plans for her to be in the future. Nevertheless, her social media posts denigrating people based on their cultural and religious identities are abhorrent and unacceptable.”

Earlier on Wednesday, Carano wrote: “Jews were beaten in the streets, not by Nazi soldiers but by their neighbors… even by children. Because history is edited, most people today don’t realize that to get to the point where Nazi soldiers could easily round up thousands of Jews, the government first made their own neighbors hate them simply for being Jews. How is that any different from hating someone for their political views.” She later reshared another post on her Instagram that said: “Expecting everyone you encounter to agree with every belief or view you hold is f—ing wild.”

The former post has since been removed by Carano, but the latter remains. She also removed another Instagram Story post that featured an individual with multiple masks on their face and head, and that carried the caption: “Meanwhile in California.” Carano has previously mocked wearing a mask during the ongoing pandemic, once sharing a meme on Twitter that read: “Democratic government leaders now recommend we all wear blindfolds along with masks so we can’t see what’s really going.”

And that’s not all. In the wake of President Joe Biden’s win in the US elections last November, Carano wrote on Twitter: “We need to clean up the election process so we are not left feeling the way we do today. Put laws in place that protect us against voter fraud. Investigate every state. Film the counting. Flush out the fake votes. Require ID. Make Voter Fraud end in 2020. Fix the system.” Carano also then asked her fans to join her on Parler, the social media platform that was deplatformed for its role in US Capitol Building violence back in January.

Carano has also previously made fun of those who shared their preferred gender pronouns on social media by typing in “beep/bop/boop” in her Twitter bio. Critics deemed her transphobic, and Carano walked back her words later, though her apology was partially seen as tone deaf: [The Mandalorian co-star Pedro Pascal] helped me understand why people were putting them in their bios. I didn’t know before but I do now. I won’t be putting them in my bio but good for all you who choose to. I stand against bullying, especially the most vulnerable and freedom to choose.”

On The Mandalorian, Carano played Cara Dune, a former Rebel shock trooper from Alderaan who became a mercenary after the Empire fell. There were rumours that Carano might have a role to play in the upcoming Star Wars series Rangers of the New Republic, given Cara was made a New Republic Ranger on The Mandalorian season 2, but that won’t happen now.


Akhil Arora covers entertainment for Gadgets 360, interviewing stars such as Christian Bale and Anurag Kashyap, covering series premieres, product and service launches across the globe, and looking at American blockbusters and Indian dramas from a global socio-political and feminist perspective. As a Rotten Tomatoes-certified film critic, Akhil has reviewed over 150 movies and TV shows in over half a decade at Gadgets 360. When he is not completely caught up with new film and TV releases, Akhil
…More

In the era of fast-evolving smartphones, how does a device stand out from the crowd? Well, it seems like OPPO has solved this...
Read more
Technology

Oppo has launched its F19 Pro series in India. There are two new phones from Oppo under this series-- Oppo F19 Pro+ 5Gand...
Read more
Technology

OTP Troubles? Here’s Why You May Not Be Receiving Important SMS Messages Today

Several users are facing issues in receiving one-time passwords (OTP) through SMS today from banks, e-commerce and other companies due to a massive...
Read more