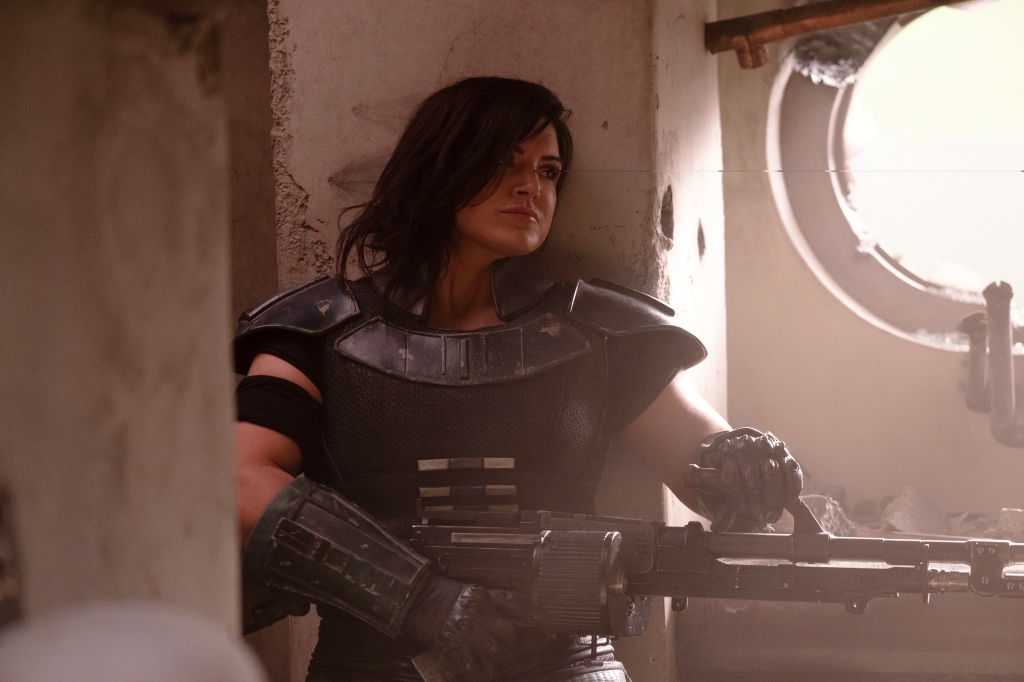 EXCLUSIVE: The former MMA fighter turned actress is no longer with her agency UTA, a spokesperson confirmed to Deadline tonight.

This comes in the wake of Gina Carano making controversial statements on social media.

Lucasfilm released a statement earlier this evening saying “Gina Carano is not currently employed by Lucasfilm and there are no plans for her to be in the future. Nevertheless, her social media posts denigrating people based on their cultural and religious identities are abhorrent and unacceptable.”

I’m told Carano wasn’t attached to continue with season 3 of The Mandalorian as bounty hunter Cara Dune, a role which she played for two seasons on the hit Disney+ series. That said, her storyline left off as though we’d be seeing more of her. Not to mention, Disney+ had plans for Mandalorian spinoffs including Rangers of the New Republic. I had been told when news was leaking back in the fall about that latter series that a deal wasn’t in place for Carano.

The actress, who has had a history of speaking out on social media, crossed the line with comments that compared the current divided political climate to Nazi Germany, exclaiming, ““Jews were beaten in the streets, not by Nazi soldiers but by their neighbors” in a Tik Tok post which has since been removed.

Carano and her supporters attempted to get the hashtag #weloveginacarano to trend, but to little effect.

The Daily Beast exclusively learned that Carano was dropped by her publicists at ID last fall due to her right-wing toned social media activity which has included statements about face mask wearing and voter fraud. She was with the PR firm briefly.