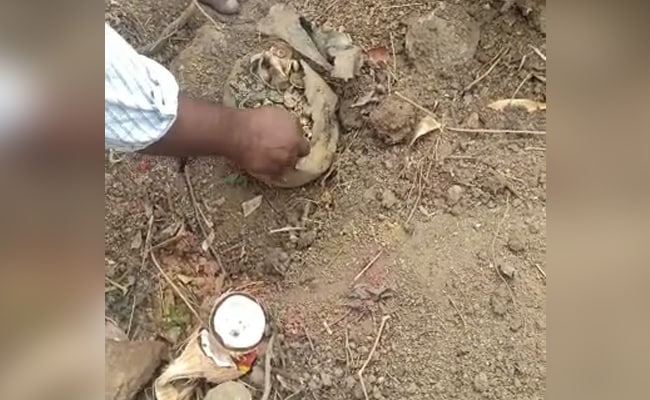 A realtor in Telangana struck a pot of gold, quite literally, while digging a plot of land and found antique ornaments that may have been used to adorn idols.

The realtor was trying to level an 11-acre plot next to the Warangal-Hyderabad National Highway in the Pembarthy village of Jangaon district in the state when he discovered a copper pot.

The earthmover, while trying to level the land, broke the pot containing the gold and silver ornaments.

The pot contained silver ornaments reportedly weighing 1.727 kg while the gold weighs 187.45 grams. They include earrings, nose rings, beads, anklets among other things. 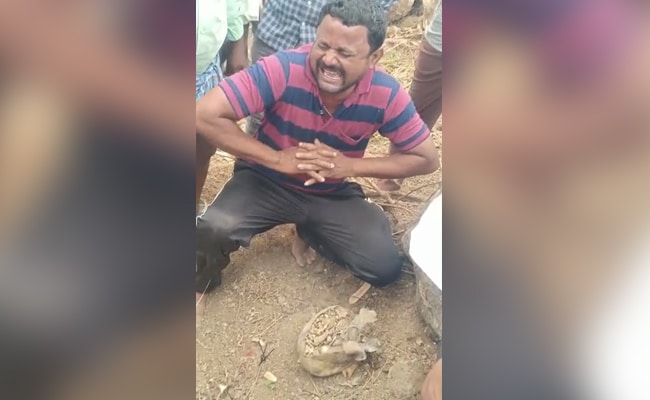 Narasimhulu, the owner of the plot of land won’t get to keep the ornaments

As soon as the news about the ‘treasure’ spread, villagers got together and according to religious tradition broke open a coconut, burnt incense sticks and offered flowers at the site, believing that the treasure belonged to a goddess at a temple in the past.

Narasimhulu, the owner of the plot of land, however, won’t get to keep the ornaments. The place will be dug up more to find out if there is more buried underground.

The District Additional Collector Bhaskar has taken charge of the treasure under the Indian Treasure Trove Act of 1878 said the ornaments would be kept with the Warangal Urban district treasury.

Archaeology experts are expected to study the ornaments and the location to put a date to the find.

<!-- -->If Delhi fails to clean its toxic air, the IT sector could lose more than $2.5 every year, study warnedNew Delhi: Air...
Read more