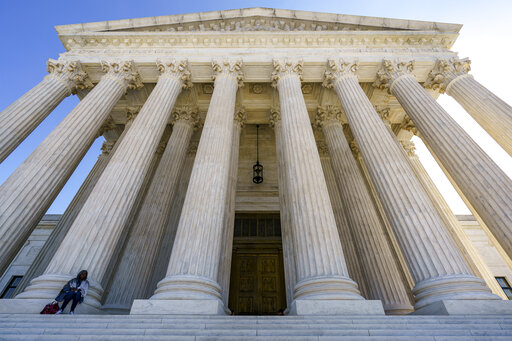 The Supreme Court ruled that Google’s use of 11,500 lines of code from Oracle software programming language was a “fair use,” a decision that may have implications for how copyrighted material is used without permission in the future.

The 6-2 decision was closely watched by entertainment industry legal teams, as the Motion Picture Association had warned that Google’s interpretation of the law “would threaten the legitimate rights of copyright owners, to the ultimate detriment of the public.”

But in the majority opinion, Justice Stephen Breyer wrote that Google’s use of the Sun Java API code was transformational, a basic ingredient of whether portions of copyrighted material can be used without permission as a “fair use.”

“Here Google’s use of the Sun Java API seeks to create new products. It seeks to expand the use and usefulness of Android-based smartphones,” Breyer wrote. “Its new product offers programmers a highly creative and innovative tool for a smartphone environment. To the extent that Google used parts of the Sun Java API to create a new platform that could be readily used by programmers, its use was consistent with that creative “progress” that is the basic constitutional objective of copyright itself.”

But Breyer also added that the court does “not overturn or modify our earlier cases involving fair use—cases, for example, that involve ‘knockoff’ products, journalistic writings, and parodies. Rather, we here recognize that application of a copyright doctrine such as fair use has long proved a cooperative effort of Legislatures and courts, and that Congress, in our view, intended that it so continue.”