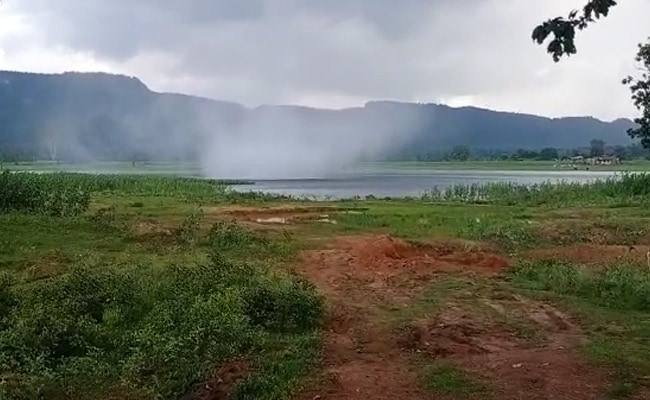 Visuals of a water spout at a dam in Madhya Pradesh, shot by villagers, have gone viral on social media.

The water spout was sighted on Monday at Devri dam in Sidhi district, around 500 km from state capital Bhopal.

A column of water from the dam almost appeared to touch the sky in mobile phone videos that have been shared on social media.

According to reports, the water spout formed after a storm around 4 pm and lasted for about 15 minutes before falling back into the dam. It was likened to a “water tornado” by many.

The spectacular sight drew scores of people from local villages.

Fascinating! Waterspouts were seen on Devri dam in Seedhi district Water from the Dam was raised up in the sky videos were shot by the locals @ndtv@ndtvindiapic.twitter.com/UHXnmOiQPA

The phenomenon of water spouts is rare and usually takes place when a water channel forms due to clouds and strong winds.