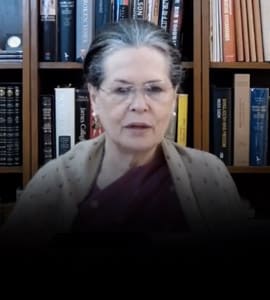 “Congress president Sonia Gandhi called Congress MPs from Punjab and asked them to work unitedly to strengthen the party in the state and repeat victory in Assembly Polls,” Mr Aujla told ANI.The development follows a meeting of MPs from Punjab with Pratap Singh Bajwa at his residence today.

Earlier today, amid the ongoing tussle in Punjab Congress, all Lok Sabha and Rajya Sabha MPs of Congress from the state met at Mr Bajwa’s residence in Delhi to discuss issues related to the state unit.

However, Congress MPs had categorically denied discussing the Captain-Sidhu rift, saying they formulated strategies to corner the government in the Monsoon session.Pratap Singh Bajwa had said the farmers’ protest and issues related to Punjab were discussed in the meeting.

Meanwhile, after months of infighting in the state unit as Navjot Singh Sidhu openly rebelled against Captain Amarinder Singh’s government over several issues, Congress appointed the former cricketer as president of the party’s Punjab unit.

The decision came after rounds of meetings between Congress high command with Amarinder Singh and Navjot Singh Sindhu.