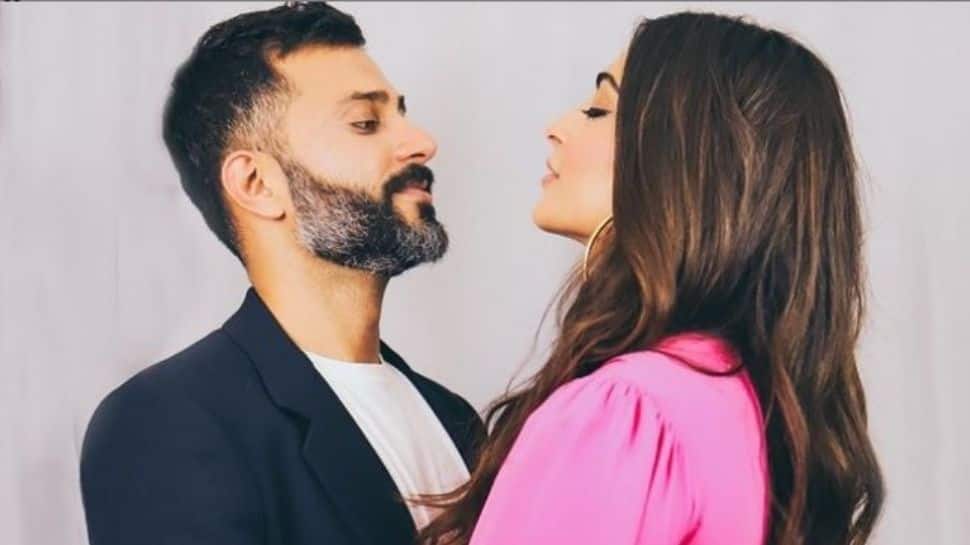 New Delhi: Bollywood actor Sonam Kapoor on Monday shared a ‘miss you’ post on social media for her husband Anand Ahuja saying she “can’t wait” to see him again.

Sonam took to her Instagram handle and posted a picture of her and Anand holding each other while looking into each other’s eyes. Along with it, she wrote, “I miss you terribly… can’t wait to see you. #everydayphenomenal @anandahuja.”

In the picture, Sonam wore a pink dress with full sleeves and looked stunning with her hair open. While only her side face was visible, she kept her chin up and looked at her hubby.

Anand on the other hand wore a blue suit and had his hands wrapped around his ladylove’s waist. He looked at her with his love-filled gaze.

The post garnered more than a lakh likes within an hour of being shared with several people leaving heart emojis for the celebrity couple in the post’s comment section.

Sonam tied the knot with the Bhaane label owner on May 8, 2018, in an Anand Karaj ceremony, later followed by a star-studded reception. They celebrated their third wedding anniversary earlier this year.

Meanwhile, on the work front, Sonam will be seen in ‘Blind’. She was last seen in the 2019 release ‘The Zoya Factor’. She also had a cameo role in Anil Kapoor and Anurag Kashyap’s ‘AK vs AK’, which had released on Netflix last year.