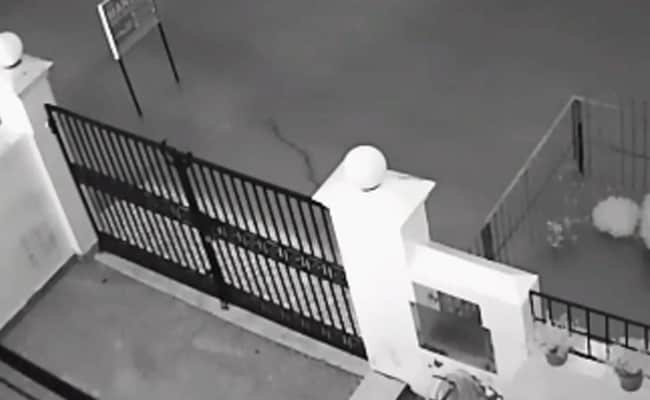 More sightings were recorded in the area, a local resident said

A snake was seen swimming through the lanes of a Gurgaon residential area after heavy rain swept the national capital region Sunday and early today.

Footage captured by CCTV camera of a house in the area caught a snake slithering through the waterlogged lanes of the society in Palam Vihar around 5:30 am today.

“There have been more such sightings in the area,” a local resident told NDTV.

Waterlogging, floods and traffic jams were reported from several areas in Gurgaon as a heavy downpour swept through the financial and technology hub early morning.

The Indian Meteorological Department has issued an orange alert for Gurgaon, urging authorities to be prepared for disruption in water and electricity supplies as it expects “heavy to very heavy rain with thunderstorm or lightning” today and tomorrow. The weather office has also asked traffic authorities to prepare for traffic congestions as vehicles could be stuck in low-lying areas after water-logging.