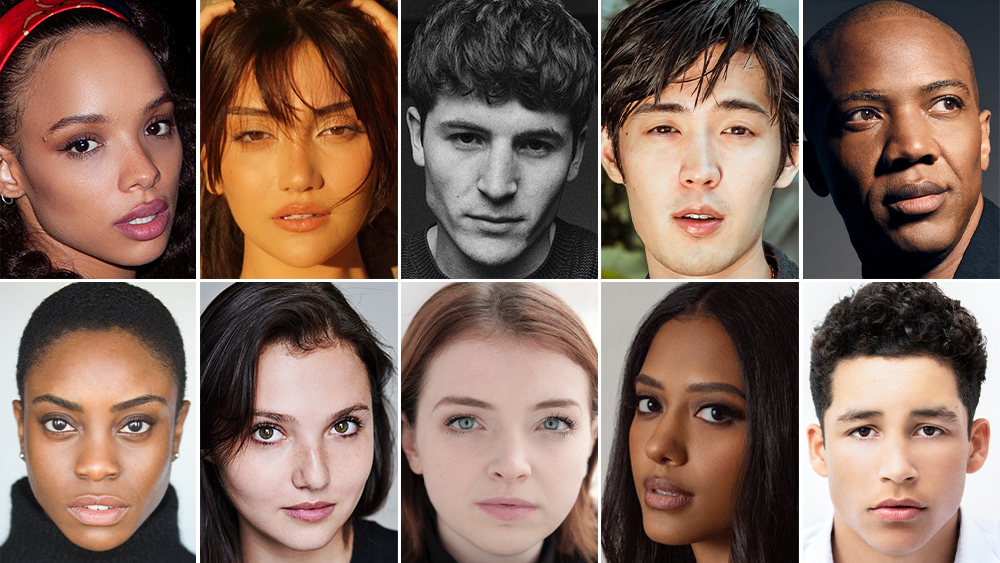 Written by MacIntyre, Vampire Academy is set in a world of privilege and glamour, where two young women’s friendship transcends their strikingly different classes as they prepare to complete their education and enter royal vampire society. This serialized and sexy drama combines the elegance of aristocratic romance and the supernatural thrills of the vampire genre.

Vampire Academy, co-showrun by Plec and MacIntyre, takes place in St. Vladmir’s Academy, which isn’t just any boarding school. It’s a hidden place where vampire royals are educated and half-human teens train to protect them from the savage ‘Strigoi’ vampires who would like to see them destroyed.

Stringer plays Rose Hathaway, a vampire-human hybrid known as a Dhampir. Fiery and outspoken, Rose is a true fighter in spirit and in practice. She always jumps into action, and more often than not, this results in demerits. She might be the strongest fighter in her class, but her success will depend entirely on her willingness to toe the line when it counts.

Nieves joins as Lissa Dragomir, a Royal Moroi vampire. Growing up the younger sister to the heir apparent, Princess Vasilisa Dragomir is a carefree, kind-hearted, royal princess coasting through her studies and happily chasing fun. Lissa is uninterested in the political machinations of the Royal Court or the hypocrisy of Moroi royal society. But with a sudden death in her family, Lissa is thrust into a role she’s neither trained for nor is emotionally equipped to handle.

Moore takes on Dimitri Belikov, the model of a Dhampir guardian: lethal, disciplined, discreet, and totally committed to his role as bodyguard to the ruling Moroi, the “good,” mortal vampires of his world. He lives by a deep moral code, but beneath his stoic, watchful surface, there’s an expansive spirit that could threaten to expose the underlying tension between his sense of what’s right and his formal duty to the Moroi.

Dae Kim will play Christian Ozera, a Royal Moroi vampire. Intelligent and thoughtful, Christian is the pariah of the school and royal court, due to his parents’ unforgivable societal sins. Well-read and hungry for knowledge, he searches for faith-based answers and discovers a kindred spirit who is also looking for the truth.

Richards joins the cast as Victor Dashkov. Victor is a Moroi noble vampire with a heart of gold who’s highly regarded for his role as advisor and political strategist to Moroi dignitaries. He’s a fierce loyalist who uses his intelligence and influence to protect that which he values most: the well-being of his husband and two adopted daughters, as well as the betterment of his Moroi community.

Uwajeh is Tatiana Vogel. Tatiana is a Moroi vampire and political underdog who slowly takes the royal court by storm. Motivated by love and a sense of justice, Tatiana has a unique skill of making herself seem of no consequence until we realize much too late that she was always the one to watch.

McKenna-Bruce plays Mia Karp, a student at St. Vladimir’s Academy. Witty, cutting, and just the right kind of ruthless when necessary, non-Royal Mia has a long-term plan to social climb her way into the ranks of royalty, with all the privilege and freedom that entails. A plan complicated by her instant chemistry with Meredith, a Guardian-in-training, as Mia struggles to reconcile her attraction to Meredith with her lowly status.

Blundell takes on Meredith, a smart, strong-willed Dhampir who is a keen observer, which makes her an excellent strategist and a valuable asset. She has little patience for Rose’s volatility or Mia’s elitism, and regularly calls both of them out.

Kaiser will appear as Sonya Karp. Quiet, careful and decidedly odd, Sonya is not of royal bloodline and sits out on the fringe of Moroi society, preferring to spend her time in the library or her gardens. Not a person who likes a scene, nonetheless she has a quiet but profound power of her own. She is taken by surprise when a Dhampir Guardian named Mikhail shows interest in her, a relationship that will expose both the brightest and darkest parts of her heart.

Lastly, Liner will play Mason Ashford. Charming, loyal and popular, Mason is Rose’s main competition in the quest to become the number one Guardian-in-training. Though their relationship is casual on her side, he is hopeful she will finally look at him and see him as something more.

Bleecker Street’s I’m Your Man opens on 12 screens in seven markets, expanding to another 15 next week in a rare platform release...
Read more
Hollywood

Niav Conty’s feature debut “Small Time” has found a home. Deadline confirms North American rights to the drama have been picked up by...
Read more
Hollywood

EXCLUSIVE: Paulo has been named President of 42West’s West Coast Entertainment Marketing Division. The appointment was made by CEO Amanda Lundberg. Paulo will...
Read more