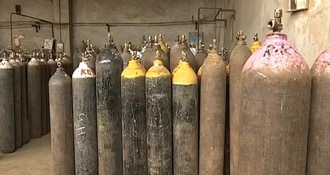 
After an acute oxygen shortage further depleted into mere hours of stocks at Delhi hospitals, last night brought in some much-needed relief to doctors, administrators, and, most importantly, patients. At least two of the city’s biggest medical facilities finally received fresh tankers late on Tuesday even as the galloping Covid-19 cases pushed its health system to the brink.

The harrowing conditions at some of these hospitals, including Max Healthcare, Sir Ganga Ram Hospital, and Guru Teg Bahadur Hospital were made known by some desperate public calls made by leaders and administrators.

Acute shortage of oxygen at GTB Hospital. Oxygen may not last beyond 4 hrs. More than 500 corona patients on oxygen. Pl help@PiyushGoyal
to restore oxygen supply to avert major crisis. pic.twitter.com/QNMSoWgNTA

The situation didn’t ease even with the Delhi High Court’s intervention on April 19 asking suppliers not to divert stocks to other states. The Delhi government, for instance, had told the court earlier that Inox, the main vendor for the state’s hospitals, was moving its quota to Uttar Pradesh instead. It had also told the court that the Yogi Adityanath government was even blocking supplies coming in to Delhi from plants based there.