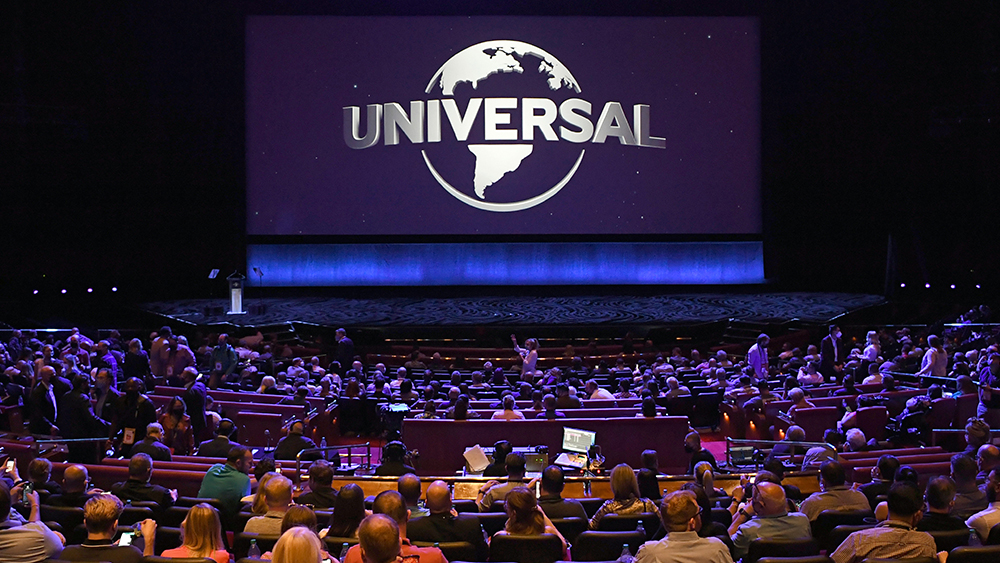 Out of all the studios giving presentations during CinemaCon this week, Universal showed great respect to exhibition workers by including them as presenters in its theatrical release reel.

Before rolling a clip on each film set for release before March 2022, talent from the project would reflect on their favorite cinema, and then the reel would cut to a worker at said cinema who then introduced the Uni title. In a word: very classy, spotlighting the pulsing heartbeats at movie theaters who make it all happen and who are responsible for bringing the big screen back during the pandemic.

Sing 2 voiceover star Matthew McConaughey kicked it off Wednesday, telling the crowd at Las Vegas event that his favorite theater is his local Austin Alamo Drafthouse.

Said the Dallas Buyers Club Oscar winner: “Few businesses felt the pandemic as hard as yours did… Most of you found ways to power through providing a service that was so missed by so many… In my hometown, we have a slogan, ‘Keep Austin weird,’ and that’s what the proprietors of the Austin Alamo Drafthouse have been doing for 25 years… They are people who love cinema and have created a special place that celebrates all movies… I’m grateful the Alamo survived the pandemic especially because I am in a movie this Christmas.”

He handed it off to the venue’s Director of Organizational Development John Michael Rogers, who said how much he and his family love Sing before tossing to a moving trailer of Scarlett Johansson’s Ash singing a cover of U2’s “I Still Haven’t Found What I’m Looking For.” The Illumination sequel comes out December 22.

Halloween Kills actress Jamie Lee Curtis mentioned her favorite theater is the Magic Lantern in Ketchem, ID, and she tossed to its owner Rick Kessler. “I really felt lost when we had to close down last year. I hope that doesn’t happen again,” he said, expressing his passion for turning on the projector for crowds. Introducing Halloween Kills, Kessler said, “I’ll probably never see it because I swore off horror movies” to laughs in Caesars’ Colosseum. “He’s coming for me, but I’m coming for him,” says Curtis’ Laurie Strode, who rallies the survivors of Michael Myers against the deranged slasher.

Ethan Hawke, before handing it off to Aaron Baseman, “the front of house” at the Princeton Garden Theatre, made a few jokes about his The Black Phone collaborator Jason Blum, who used to run the actor’s theater company. “He scares really easy. He’s a lightweight. You say ‘boo’ and he jumps out of his skin.”

Talking about his next movie with Blum and Scott Derrikson, who directed the actor in Sinister, Hawke says Black Phone “scared the pants off me” after reading the script. It follows a young boy who is abducted by Hawke’s twisted magician. The kid is thrown into a cell with a broken phone. But then it starts ringing, with the victims of Hawke’s character providing clues for escape. Chilling. It comes out on January 28, 2022.

Jennifer Lopez appeared on screen to talk about her musical romantic comedy Marry Me. “We need original films for our business to thrive,” said the multihyphenate, calling out her fave films Beverly Hills Cop, Do the Right Thing, Terms of Endearment and The Breakfast Club. Her fave theater? The Concourse Plaza in the Bronx.

Showcase Cinemas manager Leon Zumlin praised Lopez, saying, “She shows us what’s possible no matter where you’re from. She turned those humble beginnings from the 6 train into something.” Marry Me, out on Valentine’s Day 2022, follows Lopez, playing a successful pop singer such as herself who is expected to marry her pop star fiancé onstage. However, she learns he’s been cheating with her assistant, and she winds up tying the knot with a working class teacher, played by Owen Wilson, who happens to stumble into her concert.

Other trailers in Universal’s reel the afternoon include femme action pic The 355 (January 7, 2022), DreamWorks Animation’s The Bad Guys (April 15, 2022), Dear Evan Hansen (September 24) and Michael Bay’s Ambulance (February 18, 2022). The star of that latter film, Jake Gyllenhaal, tossed it to Catherine Lewis, the 86-year-old usher at his prized cinema, the AMC Village 7, where she’s worked for quite some time.

Universal domestic distribution president Jim Orr mentioned at the top of the presentation that between September and April, which the reel encompassed, “only two (films) are sequels. We believe in original films.”

“What are the franchises of tomorrow, without new ideas today” he added.

Earlier this week, CinemaCon managing director Mitch Neuhauser set the tone for the confab with an emotional quote onscreen from Orr, which also ran in conference guide:

“Our industry has survived everything that has ever threatened to destroy or diminish it. None of it could erode the power of the movies. Neither could a global pandemic.

For all that we endured during the past 18 months, we discovered that while we can be shaken, we cannot be broken. That should be both a source of pride and cause for clear-eyed optimism about the future of theatrical film.”

A new report on Friday from the UK Health Ministry indicated the rising prevalence of a new offshoot of the Delta variant of...
Read more