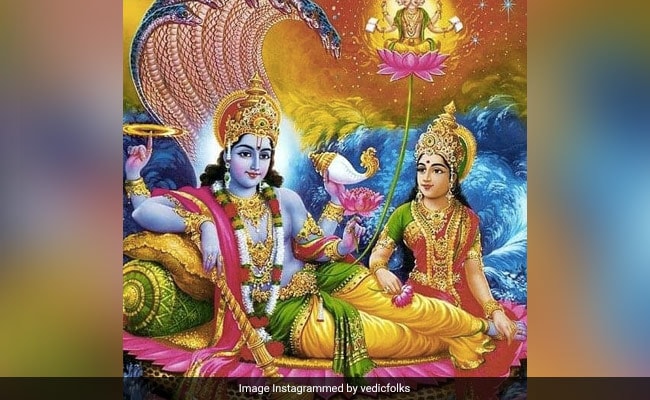 On Jaya Ekadashi, Hindu devotees observe fast and pray to Lord Vishnu for happiness and peace.

Today is Jaya Ekadashi. It is the eleventh day in the month of Magha, according to the Hindu calendar. Jaya Ekadashi falls during the Shukla Paksha or the fortnight of the lunar period that leads up to the Full Moon. People who observe Jaya Ekadashi worship Lord Vishnu with dedication to seek his eternal blessings. Fasting is a very important part of Ekadashi. According to mythology, on Jaya Ekadashi, devotees chant the ‘Shri Hari’. Many people who follow the rituals strictly, do not even sleep at night on Ekadashi and continue to chant Vishnu mantras.

The parana time is very significant on Ekadashi. It refers to the moment when the fast is broken. Ekadashi parana is usually done after sunrise on the next day of fasting. According to scriptures, the best time to break the fast is Pratahkal or early morning.

There are two Ekadashi tithis in a month – one during Shukla Paksha and another during Krishna Paksha. Devotees eat only once in the afternoon before the Ekadashi fasting day.

Devotees wake up very early in the morning and take a bath. After that prayers are offered to Lord Vishnu. The Ekadashi vrat katha is read with great devotion.

People who are unable to stay without food and water (nirjala upvaas) usually have milk and fruits once during the day. Grains and pulses are avoided by all who observe Ekadashi vrat.

Here are the days and dates of the next Ekadashi vrat:

Facebook
Twitter
Pinterest
WhatsApp
Previous articleIn Viral Video From 2008, Elon Musk Explains Why Tesla Cars Cost So Much
Next articleWhite House Says US Relationship With China Is One Of Strong Competition

WHO Team To Scrap Interim Findings On Probe Of Covid Origins: Report