Home Sherlyn Chopra asks ‘Shilpa didi’ to own up mistakes and have sympathy... 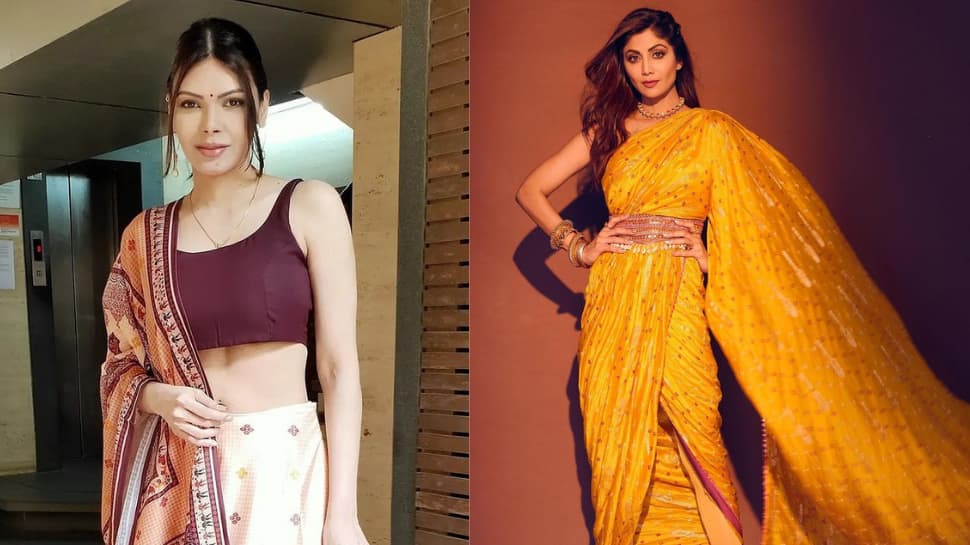 Sherlyn took to her Twitter account on Saturday (August 28) to release a video statement for ‘Shilpa didi’. “Hi Shilpa didi! I request you to show at least some sympathy towards the female victims. Nobody becomes small by owning up to their mistakes,” the actress captioned her video message in Hindi.

In the video, Sherlyn can be seen questioning Shilpa Shetty Kundra for praising Rani Laxmi Bai for her exceptional valour and strength on the one hand in a reality TV show and on the other hand keeping mum upon the issue of various women who testified against her businessman husband Raj Kundra. She asks Shilpa in the video that she said she salutes all women who strongly face all the challenges and struggles in life, so does this also include the helpless victims who went to various police stations to register complaints against her husband. Sherlyn can also be seen saying in the video that all Indians know what a heroic woman Rani Laxmi Bai was except some British passport holders (alluding to Raj Kundra who has British nationality).

Sherlyn ends her video by urging Shilpa as a woman herself, to show some sympathy for other helpless and victimized women who are asking for justice.

Sherlyn also placed her full trust in the investigative agencies of the country in the video.

Earlier, Sherlyn testified to police that she was contacted by Raj Kundra and his company for making films for an app that would be named after her. She said she was initially told by Raj that the app will have different videos in glamour, high fashion, fitness and fun categories but later asked her to produce semi-nude and nude content.

Raj Kundra was arrested by the Mumbai Crime Branch Police on July 19 along with 11 other people on charges related to the alleged creation and distribution of pornographic films via his mobile applications.

<!-- -->A horse-mounted border patrol agent chases a Haiti migrant (AFP)Paul Ratje has opened up about the heart-wrenching images he took of horse-mounted...
Read more