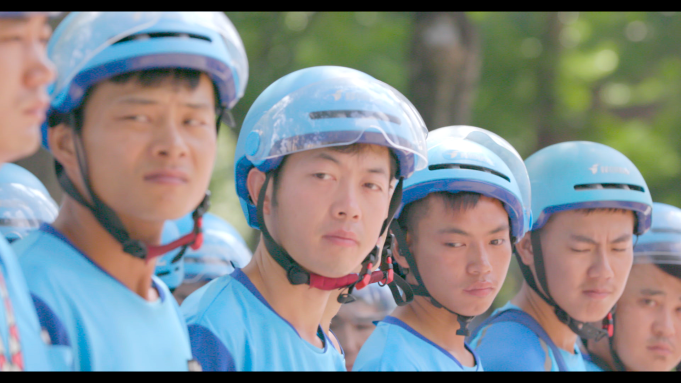 Cue up “5 to 9,” Dolly Parton’s re-imagined take on “9 to 5.” The song is a fitting soundtrack for “The Gig Is Up,” Shannon Walsh’s exploration of the gig economy. Dogwoof just landed world rights to the doc. Deadline confirmed the news.

“The Gig Is Up” takes “a deep dive into the gig economy and its various aspects such as zero hours contracts. Aside from Uber, numerous other companies such as Deliveroo, Lyft, and TaskRabbit have been in the spotlight for their practices. By talking to various workers, from couriers to mechanical turks (employed by companies including Uber, Amazon, Deliveroo, Lyft, and China’s Hummingbird Delivery), the doc aims to reveal the hidden costs of this new digital economy,” the source details.

“I am delighted to work with the team of Dogwoof who will bring these powerful and timely stories of gig workers to audiences worldwide,” said Walsh.

Ana Vicente, Head of Sales at Dogwoof, added that the gig economy “promises convenience, freedom, opportunities, and choice for both consumers and workers.” She described “The Gig Is Up” as a “timely exposé of the dark-side and under-reported risks that threaten the hard-won labor rights fought for over the last century.”

Walsh’s other credits include “Illusions of Control,”  “Jeppe on a Friday,” and “H2Oil.” She’s an Associate Professor in the Department of Theatre and Film at the University of British Columbia.

The Queen is unlikely to watch Oprah Winfrey’s box office interview with Meghan Markle and Prince Harry, but her courtiers have told The...
Read more
Hollywood

How To Watch – Deadline

The 26th annual Critics Choice Awards are set for Sunday in a hybrid virtual and in-person program, with Taye Diggs returning to host...
Read more
Hollywood

UPDATE 6:54 P.M.: Literally Minutes after the HFPA announced more details of their plans to be a more diverse and inclusive organization, Time’s...
Read more