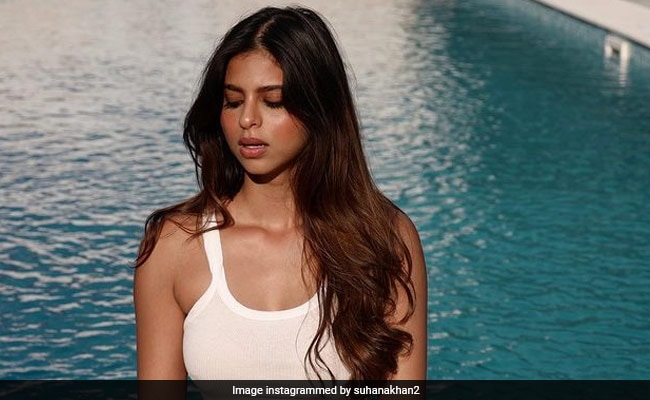 If we were to describe Suhana Khan’s new photos in one word, it would be “stunning”! Shah Rukh Khan and Gauri Khan’s daughter recently shared a bunch of new photos on Instagram, in which she can be seen posing with a can of cola. Dressed in a white tank tee and denim shorts, Suhana looks every bit fabulous in the photos. Suhana, whose sense of humour reminds us of her dad’s, captioned the photos in these words: “Pretend it’s a Pepsi and I’m Cindy Crawford.” The perfect response to Suhana’s caption arrived from dad Shah Rukh Khan early morning on Saturday: “Can I pretend it’s you and the cola is incidental… and still appreciate the picture?” he wrote. Needless to say, Shah Rukh’s typically dad-like comment turned out to be the most liked on Suhana’s post – over 2,800 (and counting) in just five hours!

Others who cheered for Suhana in the comments section included Maheep Kapoor, who wrote: “Stunning,” while her daughter Shanaya dropped a bunch of red hearts. Seema Khan and Bhavana Panday too reacted with the fire and heart emojis. Meanwhile, Suhana’s cousin Alia Chhiba gave this shout out to her: “What are you!” 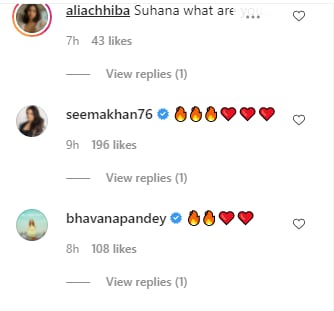 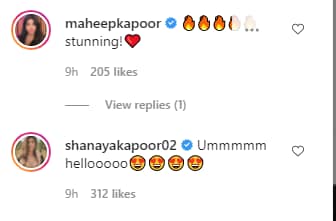 It is Gauri Khan who clicked these fab photos of Suhana, who also shared them on her social media accounts with this caption: “Yes! Blue is my favourite colour.”

Suhana Khan Shah Rukh Khan and Gauri Khan’s middle child – the couple are also parents to AbRam, 8, and Aryan, 23. Suhana lives in New York, where she is studying film at Columbia University. Suhana is part of Bollywood’s gen-next circle, also comprising Amitabh Bachchan’s granddaughter Navya Naveli Nanda, Shanaya Kapoor, Ananya Panday and Khushi Kapoor, among others. Suhana aspires to be an actress and will pursue her career dreams only after finishing studying. Suhana has already featured in her first magazine cover for Vogue in 2018.