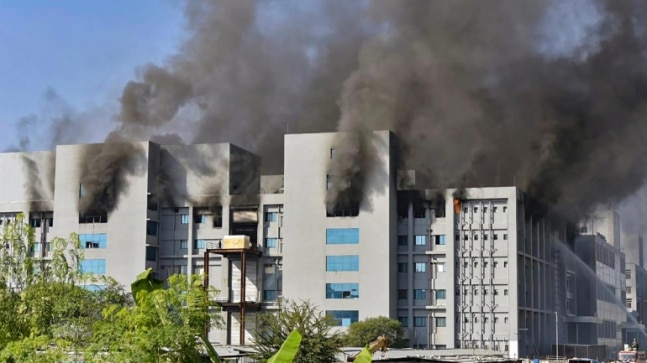 “Mainly loss is financial, which is over Rs 1,000 crore. Our new production line has been affected, not Covid vaccines. Loss is to bulk area and production filling line. No actual vaccine was being made where the fire took place. Loss is for the future manufacturing,” Adar Poonawalla told media on Friday.

A major fire had broken out of the fourth and fifth floor of an under-construction building in Serum Institute’s 100-acre campus in the SEZ area in Pune. The fire did not affect the production of Covid-19 vaccine Covishield, however, it did claim the lives of five workers who were engaged in electrical work at the site.

Chief Minister Uddhav Thackeray visited the facility on Friday and assured the public that there was no loss to the Covishield vaccine.

“Covid vaccine is a ray of hope for the entire world. After hearing about the fire at the Serum facility, we all missed a heartbeat for a fraction of a second. After visiting the institute, I can assure you that vaccine manufacturing unit is not affected. It’s unfortunate that five people lost their lives,” said Thackeray.

While responding to the questions of conspiracy or FIR in the incident, Thackeray said that the cause of the fire can only be ascertained after an inquiry.