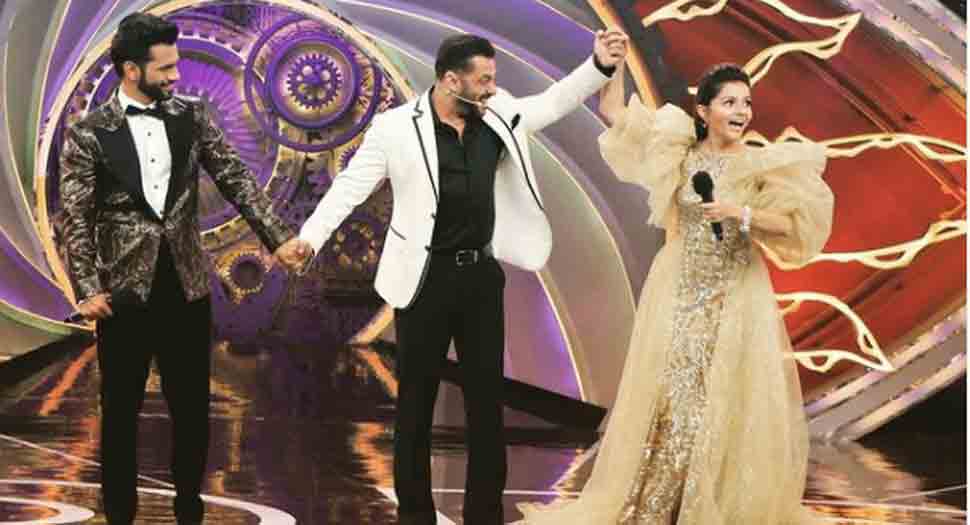 NEW DELHI: The 14th season of reality TV show Bigg Boss has finally come to an end after being aired for almost five months. Rubina Dilaik, who entered the show as a ‘Rejected Contestant’ lifted the trophy and took home the prize money of Rs 14 lakh. Singer Rahul Vaidya emerged as the first runner-up wheras actress Nikki Tamboli stood as the second runner-up.

Rubina was declared winner of Bigg Boss season 14 by host Salman Khan in a star-studded grand finale that started on Sunday night at 9 pm and went into the early hour of Monday. After she was announced the winner, the actress took to Instagram and shared a video thanking her fans for all the love and support they showered during her stay in the house.

Rubina came into the reality show with a huge fan base she had earlier garnered with her roles in shows such as ‘Shakti: Astitva Ke Ehsaas Ki’ and ‘Chotti Bahu 1’, and ‘Chotti Bahu 2’, and she took home the Bigg Boss trophy plus Rs 36 lakh. Over 140 days of battle inside the house had seen Rubina maintain her position all along as a strong contender for the trophy. She defeated Aly Goni, Rahul Vaidya, Nikki Tamboli and Rakhi Sawant in the grand finale.

Rakhi, who entered the show as a challenger in the middle of the season and created some fireworks in the later episodes, was admired for her dose of entertainment in the show. She chose to walk out by taking a briefcase with Rs 14 lakh in the final.

After walking out, Rakhi said on the stage, “I am very happy with this. I will pay for my mother’s hospital bills with this (money). Initially I did not want to take it but Vindu Dara Singh said that you will not win because everyone here is very big.” Talking about her decision, show host Salman Khan said Rakhi took the right call by walking out with the briefcase.

The top five contestants were also seen performing before Rubina was feted with the winner’s tag.

Madhuri, Dharmesh, Tushar were present in Bigg Boss to promote their upcoming dance based reality show ‘Dance Deewane 3’. Nora, who was a contestant in the ninth season, set the stage on fire with her performance on numbers like ‘O Saki Saki’ and ‘Garmi’. One of the highlights of the show was when Salman shook a leg with Nora. He was seen performing the hook steps of Nora’s hit dances such as ‘Dilbar’, ‘O saki saki’, and Garmi with her. Another highlight was Salman dancing with former contestant Sonali Phogat on the number ‘Tip tip barsa paani’ from the 1994 film ‘Mohra’.

Friends and family of the top five housemates attended the grand finale, too.