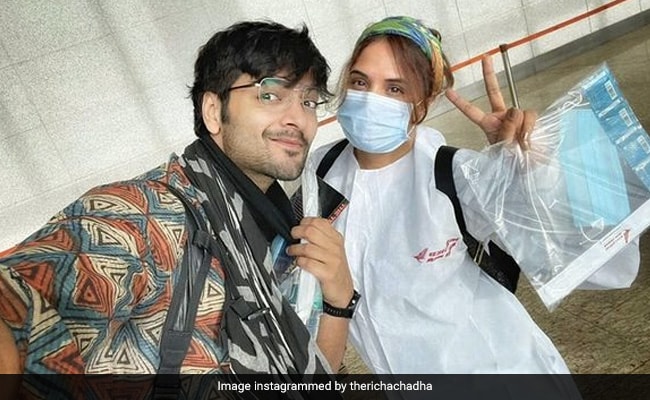 Take a look at Richa and Ali’s airport selfie here:

Earlier in the day, Richa Chadha announced that the shooting for her first production venture with Ali Fazal has begun. She shared a picture of a clapper board on Instagram. As per the clapper board picture, the shoot for the teaser of the film was commenced today. “Ssssshhhhhhhhssssecretttttt,” Richa wrote in the caption of the post.

Ali and Richa’s first film as producers is Girls Will Be Girls and it is being directed by Shuchi Talati.

As mentioned above, the couple had announced about their first film and their production company in March this year.

Ali Fazal and Richa Chadha have been together for around 5 years now. They got engaged last year and they were also supposed to get married last year but COVID-19 pandemic has pushed their wedding.