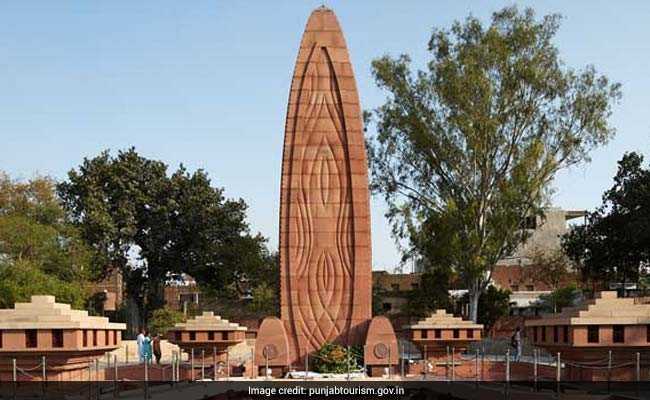 Over 1,000 were killed on April 13, 1919 when British troops fired on a gathering at Jallianwala Bagh

Describing the renovated Jallianwala Bagh memorial as a “tribute to the great martyrs and a symbol of inspiration for the youth”, Punjab Chief Minister Amarinder Singh on Saturday said it must serve as a reminder for future generations about the right of people to peaceful democratic protest.

In an oblique reference to the ongoing farmers’ agitation against three contentious farm laws, the Chief minister said the smarak, along with the Jallianwala Bagh centenary memorial recently dedicated to the people by the state government, should serve to remind leaders of the inalienable right of Indians to conduct peaceful democratic protests, which could not be stifled, as the British also learnt from the Jallianwala Bagh incident.

The smarak and the centenary memorial established by the state government “seek to pay tribute to the great martyrs so that history may always remember their sacrifice and our present and future generations can draw inspiration from their patriotism,” said the Chief Minister, in his brief remarks before Prime Minister Modi virtually inaugurated it.

The Chief Minister requested the Prime Minister to make efforts to bring back personal effects, pistol and personal diary of martyr Udham Singh from the UK.

He said he had already written to External Affairs Minister S Jaishankar in this regard.

Describing the Jallianwala Bagh National Memorial as “an everlasting symbol of non-violent and peaceful struggle for the freedom of India”, the Chief Minister said that “at another level, it also stands testimony to one of the most barbaric acts of violence and State oppression perpetrated on a group of peacefully assembled people.”

Over 1,000 people were killed and hundreds wounded on April 13, 1919 when British troops fired indiscriminately on an unarmed gathering of thousands who had assembled in Jallianwala Bagh in Punjab amid nationwide protests against the Rowlatt Act which had extended wartime repressive measures.

The Chief Minister said the killings shook the moral conscience of not only the entire nation but the whole world, he said, adding that it sounded the death knell for the British Rule in India.