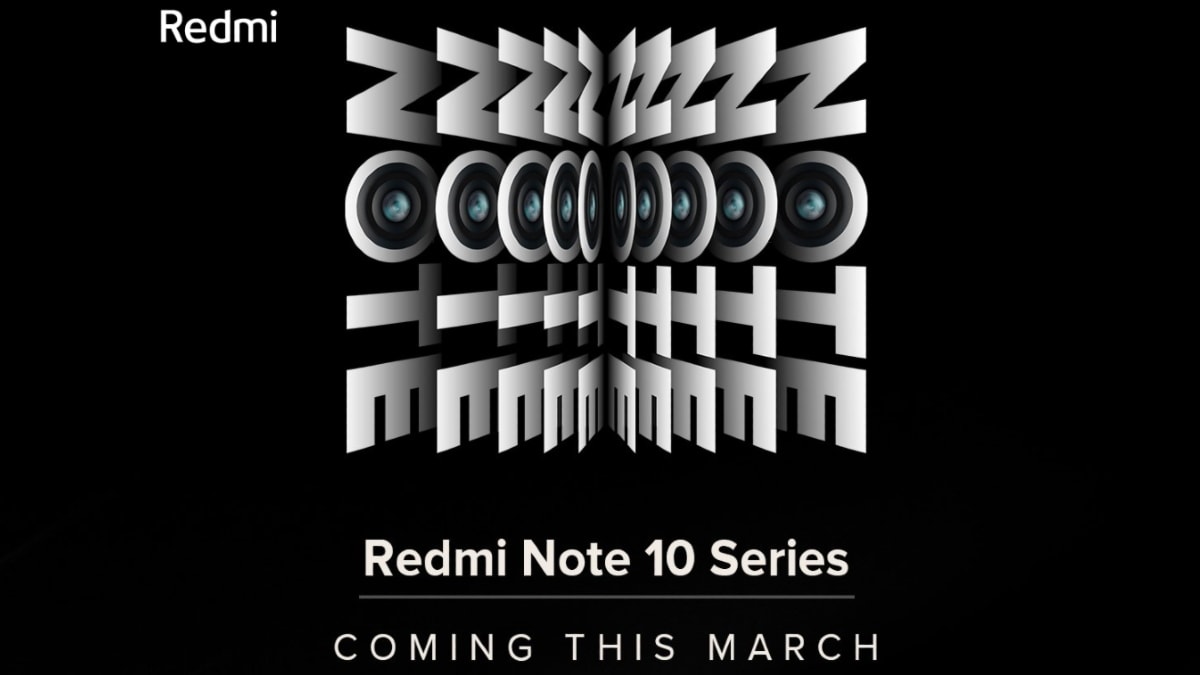 Xiaomi has created a microsite to highlight the March launch of the Redmi Note 10 series. The company also released a video teaser that gives us a hint at a bigger primary camera on the new Redmi phones over the Redmi Note 9 models.

In addition to the teaser posted by Xiaomi, Amazon has made a landing page for the Redmi Note 10 series. This suggests that the new smartphones would be available through the online marketplace — in addition to other sales channels.

The Redmi Note 10 series was earlier speculated to debut sometime in February. Xiaomi could host an official event later this month, while the launch is now confirmed for March.

On Tuesday, Xiaomi executives including its India chief Manu Kumar Jain posted videos to suggest the launch of the Redmi Note 10 series in the country. Those videos suggested “smoothest” experience on the lineup that could come with a higher refresh rate over what’s available on the Redmi Note 9 series.

The rumour mill suggested that the Redmi Note 10 series could include the regular Redmi Note 10 as well as a superior Redmi Note 10 Pro. Both phones are speculated to have 4G and 5G connectivity variants. They are also tipped to have aggressive pricing.

Both Redmi Note 10 and Redmi Note 10 Pro have purportedly received necessary approvals from the Bureau of Indian Standards (BIS) and the US Federal Communications Commission (FCC) in the past. Redmi General Manager Lu Weibing also teased the launch of the Redmi Note 10 series last month.

Is Mi 10i a OnePlus Nord killer? We discussed this on Orbital, our weekly technology podcast, which you can subscribe to via Apple Podcasts, Google Podcasts, or RSS, download the episode, or just hit the play button below.

Samsung Unbox and Discover event was held on Tuesday, where the company unveiled its new lineup of TVs, monitors, and soundbars. The TVs...
Read more
Technology

NEW DELHI: Lenovo-owned Motorola recently slashed the price of two of its high-end smartphones. Now, the company has reduced the price of its...
Read more
Technology

It's the sort of chance that comes along just once in a blue Moon: a Japanese billionaire is throwing open a private lunar...
Read more