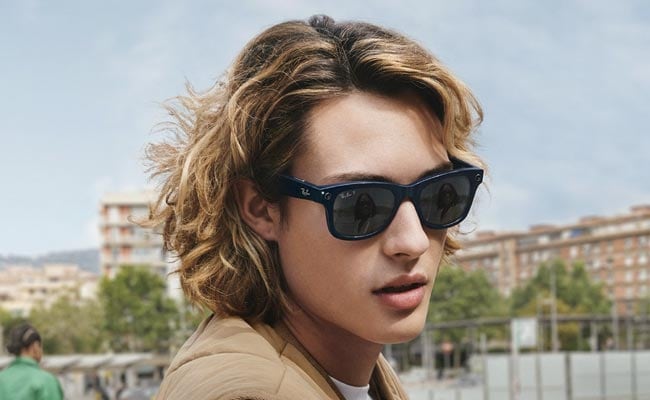 Facebook and iconic eyewear brand Ray-Ban on Thursday launched their new smart glasses, the latest effort in a tricky, niche market but which the social media giant sees as a step toward its future.

The “Ray-Ban Stories” shades can take pictures and video upon the wearer’s voice commands, and the frames can connect wirelessly to Facebook’s platform through an app.

“We took our Wayfarer (frames), born in 1952, and we reinvented the design squeezing in some cool technology,” said Fabio Borsoi, global research and design director at the EssilorLuxottica group, Ray-Ban’s maker.

Facebook is wading into a market that has already seen 2013’s Google Glass, which sparked a privacy backlash over built-in cameras and prompted the tech titan to pivot its focus for the device away from the general public.

Messaging app SnapChat has also released its camera-equipped Spectacles, but they are pricey and have struggled to catch on broadly with tech lovers.

Notably, the Ray-Ban Stories glasses will not have augmented reality features — technology that can mesh online computing with visual cues such as mapping or face recognition.

Instead, the shades are an early step toward efforts to create futuristic eyewear that adds to real-world views with data or graphics from the internet, Facebook chief executive Mark Zuckerberg has said previously.

The company had said in July it was combining specialists from across its hardware, gaming and virtual reality units to build an immersive digital world known as the “metaverse.”

Priced starting at $299, the Ray-Ban Stories will roll out in Australia, Britain, Canada, Ireland, Italy and the United States.

Cameras are built into the front of the frames, while the arms are designed to act as directional speakers for listening to calls or streamed audio.

A white light in the front of the frame goes on when the cameras are being used, which is intended as a privacy feature to alert people they could be filmed.

Users can take a picture or a video clip of up to 30 seconds by pressing a button at the temple or using a voice command, both of which can be cues that a camera is on.

“And, similarly, we need people around them to feel comfortable that these smart glasses exist and always be in the know when a capture is happening,” Hobeika added, referring to filming.

The glasses also have a physical switch for turning them off.

Ray-Ban Stories frames sync wirelessly to a smartphone app designed specifically for handling images or video captured by the glasses.

Users can decide using the app whether they want to share pictures or video they have just captured, such as posting to Facebook or attaching them to an email.

Only data needed to run the app is gathered, and no information is used for targeting ads, said Hobeika.

<!-- -->The koalas will each receive one dose of the vaccine.Melbourne: About 400 Australian koalas will be vaccinated against chlamydia as part of...
Read more
World