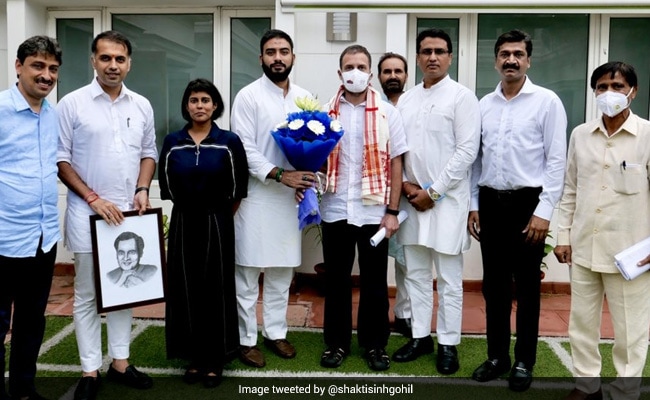 The party had miserable runs in Lok Sabha and Assembly polls in Delhi since 2013.

All India Congress Committee (AICC) in-charge of Delhi Shaktisinh Gohil said the meeting lasted nearly two hours and Mr Gandhi listened to the opinions of leaders and guided them on preparations for the coming municipal corporation elections and what needs to be done to strengthen the organisation in the national capital.

“It was a very good and fruitful interaction. The Delhi Congress leaders were advised to work as a team to strengthen the party in Delhi and face the MCD (municipal corporations of Delhi) polls,” said Mr Gohil who attended the meeting.

The AICC has appointed its observers in 14 district units of the party in Delhi who are having meetings and discussions on the ways to boost party organisation and preparations for the polls, Mr Gohil said.

Their suggestions will be considered, if needed, for any changes at district or block levels, he added.

The meeting was also attended by Delhi Congress president Anil Kumar and five vice presidents of the party unit.

“We were advised by Rahul Gandhi to increase level of communication with people and outreach,” said Delhi Congress vice president Abhishek Dutt.

The Congress that ruled Delhi for three consecutive terms under Chief Minister Sheila Dikshit has been trying hard to revive its fortune.

The party had miserable runs in Lok Sabha and Assembly polls in Delhi since 2013. It failed to win even single seat during the period.

In the 2017 elections for three municipal corporations in the city, the party trailed behind the BJP and the AAP by winning just 31 out of total 272 wards. The BJP won total 181 wards to come at power in the three civic bodies, while the AAP emerged as main opposition by winning 49 wards.