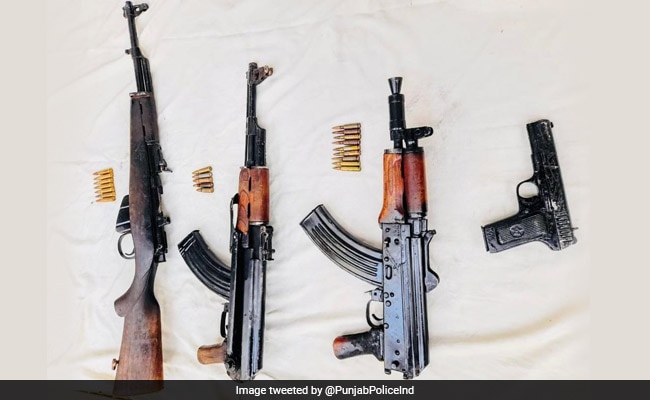 The Punjab Police, in a joint operation with the Border Security Force, on Sunday seized assault rifles and live cartridges near the Attari border which, officials said, were pushed into the Indian territory by Pakistani nationals associated with Sikh hardliners.

The police said the recoveries were made just 10 metres from the border with Pakistan in the joint operation carried out based on a tip-off.

The police said they had received specific intelligence inputs that a cache of weapons was pushed into the Indian territory in the area of border outpost Pulmoran near border village Dhanoa on the intervening night of April 3-4.

They said the searches were conducted based on this input and the consignment smuggled from Pakistan was seized just around 10 metres from the International Border Zero Line between the two countries.

According to intelligence inputs, the consignment was pushed by a Pakistani national, named Bilal, who is closely associated with Sikh hardliners engaged in anti-India activities, they said.

Further investigation, including technical analysis, is being conducted to unearth the network of Bilal’s foreign and Indian associates involved in the supply and further movement of the consignment, the police said.