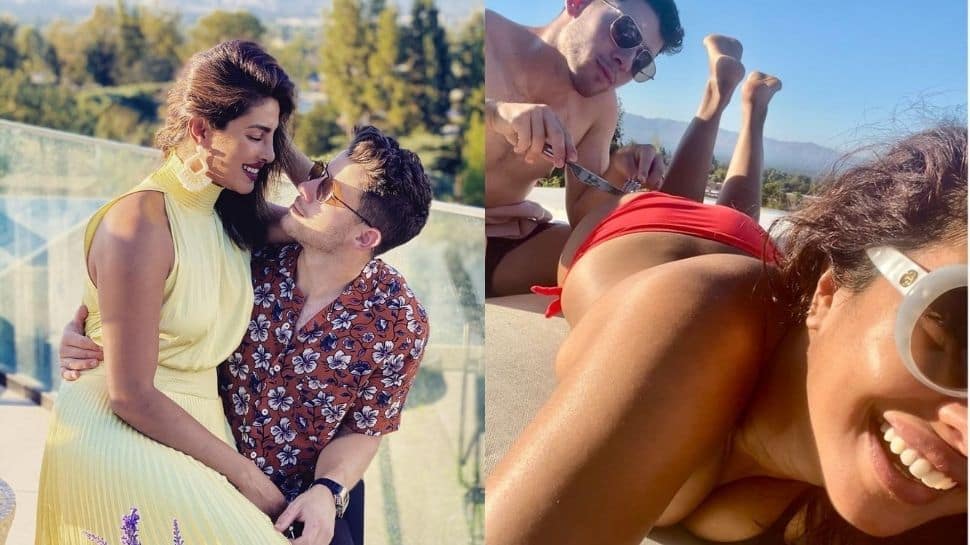 New Delhi: Priyanka Chopra and Nick Jonas are one of those couples who never miss a chance to grab all the limelight.

Priyanka, who is all set to make a comeback in Bollywood with Farhan Akhtar’s ‘Jee Le Zaraa’, shared a new cheeky picture with her hubby Nick, she wrote, “Snack.”

In the picture, PeeCee can be seen chilling in a bikini with her hubby Nick near a pool and the latter can be seen ‘snacking’ on her with a knife and a fork. The duo is all smiles in the picture.

She also shared a solo picture of herself and wrote, “Sundays like this tho…”

For the unversed, after her impressive and long journey both in Bollywood and Hollywood, Priyanka found her true love when she met American musician Nick Jonas. The duo got married at a lavish wedding party that took place on December 2, 2018, in Jodhpur. Since then, they’ve stuck with each other through thick and thin and it seems their love has only grown stronger.

Recently, Priyanka recently came onboard as the chairperson of The Mumbai Academy of Moving Image (MAMI) film festival.

On the work front, Priyanka will next be seen in spy thriller series ‘Citadel’, rom-com ‘Text For You’ and ‘Matrix 4’. The global star will also feature in an Indian wedding comedy, which she co-produces with Mindy Kaling.

Mumbai: Here is exciting news for fans of Tabu. The actor will soon commence shooting for the much-awaited Hindi sequel 'Drishyam 2' with...
Read more