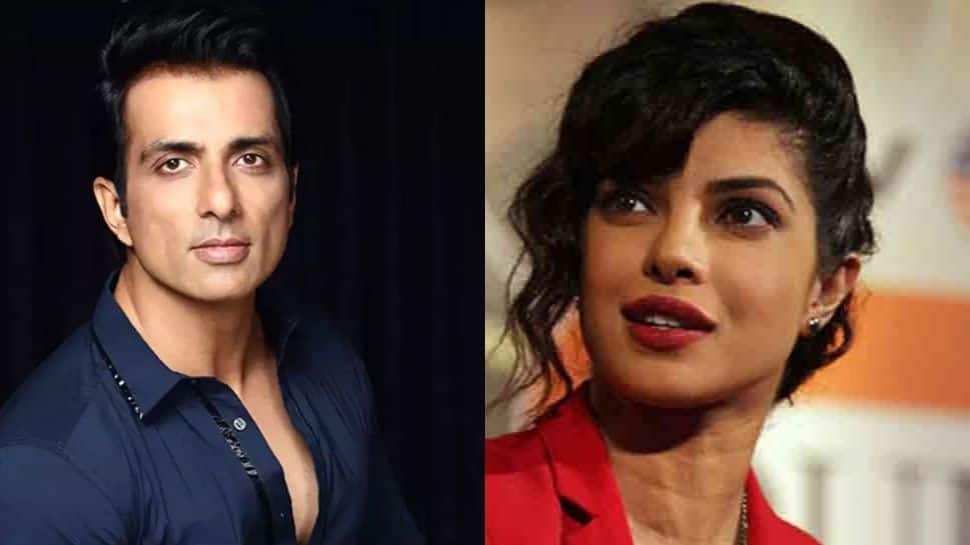 
New Delhi: Global sensation Priyanka Chopra has been quite active in raising awareness and raising funds for the worsening COVID-19 crisis in India. Recently, the actress took to her Instagram to amplify her Bollywood colleague and humanitarian Sonu Sood’s new appeal to the government.

She also penned down a caption praising the actor’s humanitarian deeds in times of a crisis and called him a ‘visionary philanthropist’. She urged her fans to ponder upon the issue and try to do whatever they can in their capacity to help children who’ve lost their parents due to COVID-19.

She wrote, “Have you heard of visionary philanthropists? My colleague @sonu_sood is one such. He thinks and plans ahead.”

She added, “Think this one out carefully because the impact is long-term and it involves children—amongst the many horror stories of the pandemic, this is regarding those children who have lost one or both parents due to COVID-19. The disruption, for many, sadly leads to a complete stop in their education due to the combination of loss and economic factors due to that loss.”

“Firstly, I am inspired that Sonu made this critical observation. Secondly, in typical Sonu style, he has also thought of a solution and come up with some suggestions for action. Sonu’s suggestion is to both the state and central governments to ensure free education for all children affected by Covid. Whatever stage of studies they are at—school, college, or pursuing higher studies. The aim is not to allow a pause and definitely not for the lack of finance. If ignored, a huge number of children would be left without the opportunity as adults”, she further wrote.

After the ‘Dostana’ actress made the post, Smriti Irani took to the comment section and shared the helpline to call if one finds an orphaned child. She informed that every State government and district authority is on alert to help provide support to children in need and distress.

She also urged her fans to help in an individual capacity for those who can fund a child’s education.

Earlier, the actress had urged fans to donate to the fundraiser she had set up at GiveIndia to help those affected by the pandemic.

She further said 27 million people follow her on Twitter and urged them to donate whatever they can spare. The funds, she informed, will go towards creating medical infrastructure, isolation centres, oxygen supply, medical equipment, and vaccine support.

On the work front, Priyanka is shooting for the Amazon-backed spy series ‘Citadel’ co-starring Richard Madden. The project is helmed by the Russo Brothers of ‘Avengers’ fame. The actress had completed shooting for ‘Text for You’ with Sam Heughan, Celine Dion, Russell Tovey, and Omid Djalili.

According to reports, the ‘desi girl’ will also be seen in an Indian wedding comedy with Mindy Kaling, which she will co-produce and feature in. She also has ‘Matrix 4’ in the pipeline.