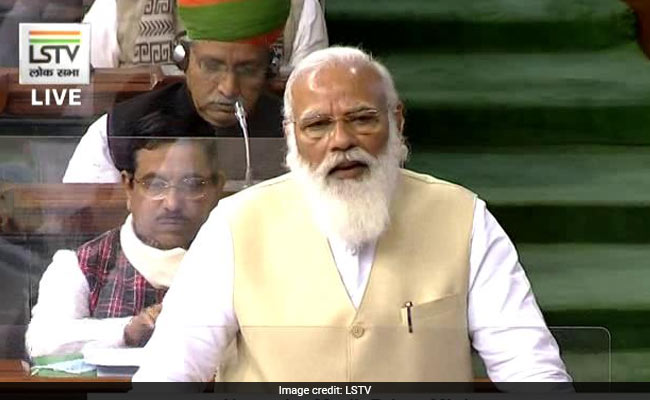 “If our babus belong to the country so do our youngsters,” the prime minister said.

Prime Minister Narendra Modi on Wednesday stressed on the private sector’s vital role in the economy and asserted that the culture of “abusing” it for votes is no longer acceptable.

If the public sector is important, the role of the private sector is also vital, he said during his reply in Lok Sabha to the discussion on the motion of thanks to the President’s address.

Noting that wealth creators are a necessity for the country as only then wealth can be redistributed to help the poor, he wondered what can be achieved by handing over the nation to “babus” (government officials).

Just because somebody is an IAS officer, he is running fertiliser and chemical factories to airlines, PM Modi said in a reference to public sector units being headed by bureaucrats, and asked what this will achieve.

“If our babus belong to the country so do our youngsters,” the Prime Minister said.

Pitching for private enterprises, PM Modi said there should be faith in the abilities of India’s young population and everyone should get opportunities.

PM Modi cited the examples of telecom and pharma sectors to note as to how the robust presence of private firms in these fields has helped people, with even the poor using smart phones, and mobile calls costing virtually nothing due to competitiveness.

If India is able to serve humanity during the COVID-19 pandemic, it is also due to the role of the private sector, he said.

“To use improper words against the private sector may have got votes for a few people in the past but those times are gone. The culture of abusing the private sector is not acceptable any longer. We cannot keep insulting our youth like this,” he said.

The Modi government has announced in the Budget its fresh push for disinvestment in the public sector, drawing criticism from the Opposition.

(adsbygoogle = window.adsbygoogle || ).push(); <!-- -->PM Modi will be in Gujarat to address a conference of country's top military...
Read more
India