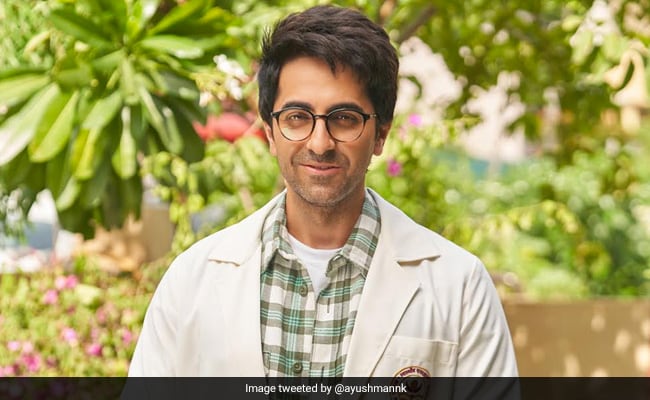 For all those who were waiting to see Ayushmann Khurrana’s first look from his work-in-progress film Doctor G, it’s finally here. On Monday, Ayushmann Khurrana surprised his fans by sharing the first look poster of Doctor G and within minutes, the Internet went into a meltdown. In the poster, the 36-year-old actor can be seen sporting a lab coat and holding a gynaecology book. With a pair of specs and a stethoscope in his coat’s pocket, Ayushmann looks perfect as Dr Uday Gupta. Sharing his first look from the film, Ayushmann Khurrana wrote: “Doctor G taiyyar ho kar nikle hain. Ab hogi shooting! #DoctorGFirstLook.”

Ayushmann Khurrana started shooting for Doctor G a couple of days ago. Sharing a photo of himself from the set wearing a face mask, the actor wrote: “Day 1 #DoctorG. This is the third film I’ll be shooting in the pandemic. But summers will be tough. One of the best scripts I’ve ever read. Too excited to collaborate with Anubhuti Kashyap, Rakul Preet Singh and Junglee Pictures.”