Poonam Pandey reacts to Raj Kundra’s arrest, says ‘my heart goes out to Shilpa Shetty and her kids’ | People News 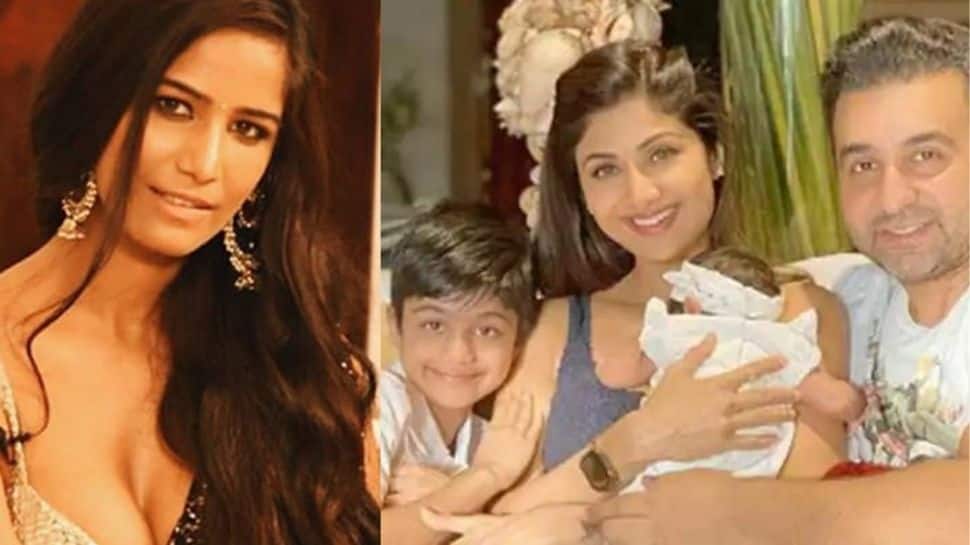 Ever since the news has emerged on the internet, Poonam Pandey, who confessed before the Mumbai Police team that she was brought into the adult film industry by him has now reacted on the arrest of the Kundra.

Times of India quoted Poonam Pandey as saying that at this moment her heart goes out to Shilpa Shetty and her kids.

“I can’t imagine what she must be going through. So, I refuse to use this opportunity to highlight my trauma,” TOI quoted her as saying.

She further reacted to the criminal case filed by her against Kundra and his associates. She said, “The only thing I’ll add is that I have filed a police complaint in 2019 against Raj Kundra and subsequently registered a case at the honourable high court of Bombay against him for fraud & theft. This matter is sub judice, hence I would prefer to limit my statements. Also, I have full faith in our police & the judicial process.”

Recently, after his arrest, an undated interview of Sagarika has come to the fore. The actress-model has levelled a series of allegations against Raj, claiming that she was offered a role in a web series produced by him in August 2020.

Sagarika claimed that she was asked to give her audition for the project via video call, where three people, including Raj Kundra and Umesh Kamat, demanded a nude audition from her. She added that they lured her with the project and big money and tried convincing her to give the nude audition.

According to PTI, the Mumbai Police Crime Branch said that there were several WhatsApp chats that revealed Kundra was involved in the financial dealings of apps and their contents. The police also said three women have come forward with complaints in the case, saying they were “forced to act in pornographic movies”.

The accused persons took advantage of struggling models, actors and other workers, and made them work in these pornographic movies, the police said, adding these movies were shot in rented bungalows in Mumbai. Kundra was taken into custody after being booked under relevant sections of the Indian Penal Code and the Information Technology Act.

Following the investigations by the Malvani Police and later by the Crime Branch-CID and Property Cell, at least 12 arrests have been made so far, including Kundra, his techie associate Ryan J. Tharpe, who were remanded to police custody till July 23 by a Mumbai Magistrate Court.

<!-- -->Republican report doubles down on the idea that the virus likely emerged from the Wuhan laboratory.Washington: A Republican lawmaker's report investigating the...
Read more
Technology