PM Narendra Modi says opposition must ask tough questions, wants government to be allowed to reply in a peaceful atmosphere 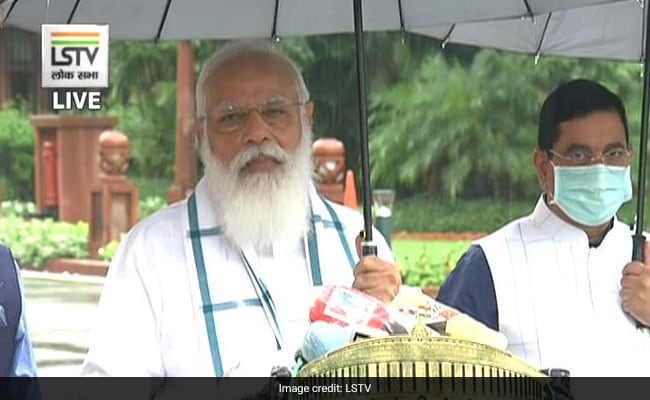 The opposition must ask tough questions but must also allow the government to answer them in Parliament, Prime Minister Narendra Modi said today just before the monsoon session began.

“I would like to urge all the MPs and all parties to ask the most difficult and sharpest questions in the Houses, but should also allow the government to respond in a disciplined environment,” PM Modi told media persons in the Parliament House Complex.

“This will boost the democracy, strengthen people’s trust and improve the pace of development,” he said.

The Prime Minister had yesterday said the government looks forward to a productive session where all issues can be debated and discussed in a constructive manner.

In an all-party meeting held ahead of the House session, he said it was everyone’s responsibility to create a conducive environment to raise in an amicable manner issues concerning people.