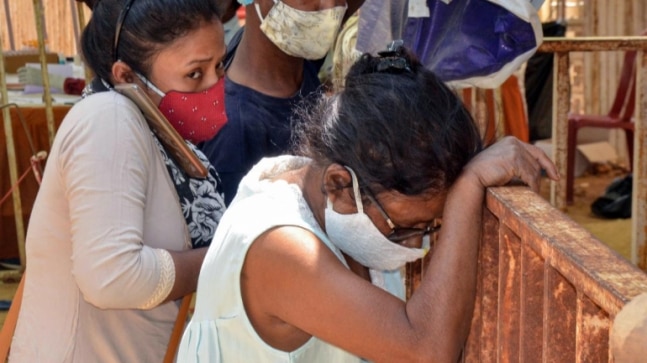 A PIL demanding an FIR and CBI probe into claims of politicians being able to procure and distribute Remdesivir amid a shortage across the country was mentioned before the Delhi High Court.

The plea questions how politicians are able to procure large stocks of Remdesivir without having the requisite permission. (PTI)

A PIL demanding an FIR and CBI probe into claims of politicians being able to procure and distribute Remdesivir, used for treating COVID-19 patients, even as others run pillar to post to get the medicine, was mentioned before the Delhi High Court on Saturday.

The plea was mentioned before a bench of Justices Vipin Sanghi and Rekha Palli by advocate Virag Gupta who was asked by the court to bring the petition on record during the day.

The plea questions how politicians are able to procure large stocks of the medicine without having the requisite permission under the Drugs and Cosmetics Act, when the public was not getting it.

Also Read | Centre ups production, Maharashtra, Gujarat and UP to get most supply

Petitioner Deepak Singh, the chairperson of Hruduya Foundation and a national-level shooter, has contended that “denying access to medicines for one’s own political gain is a crime of very serious nature, and affects coronavirus patients all over India”.

Singh has alleged in his plea, filed through advocate Gaurav Pathak, that politicians have been involved in large-scale hoarding, transfer and distribution of crucial medicines like Remdesivir.

“Political parties, most of which are invariably headquartered in Delhi, are taking advantage of their political powers and giving patronage to the medical mafia,” the plea claimed.

Besides lodging of FIR and CBI investigation, the plea also seeks “detention of persons indulging in black-marketing of COVID-19 medicines as per the National Security Act, 1980” and “disqualification of MPs and MLAs found to be hoarding and illegally distributing COVID-19 medicines”.