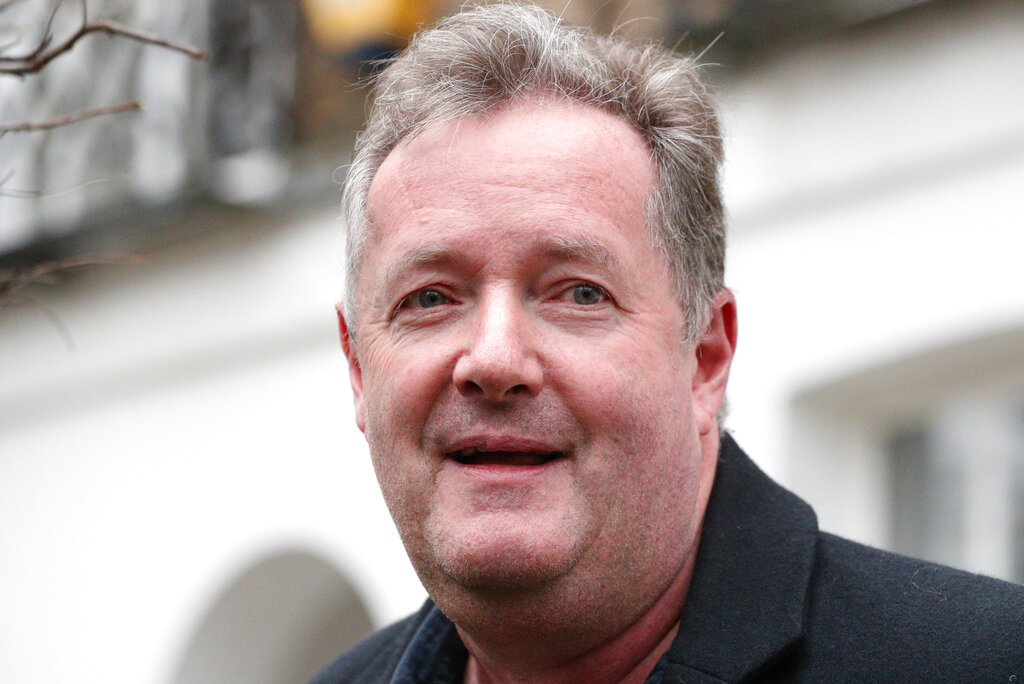 Piers Morgan may be off of Good Morning Britain, but he’s certainly not silenced.

Following his hour-plus interview with Tucker Carlson for Fox News’ subscription platform Fox Nation, in which he focused on the fallout from remarks he made about Meghan Markle, Morgan got into a lengthy exchange with David Simon, the writer-producer best known for his work on The Wire.

It started when Simon commented on Morgan’s promotion of the interview on Twitter.

“In an ocean of talking-head sewage, what are the chances that the two most pouty and puckered assholes in broadcast television would ever swim through the brown, find each other, and discuss the events of the day?” Simon wrote.

In an ocean of talking-head sewage, what are the chances that the two most pouty and puckered assholes in broadcast television would ever swim through the brown, find each other, and discuss the events of the day? https://t.co/m0Yf9do7Bo

Not one to pass up the remark, Morgan responded, “Talking of sewage, Dave… you were all over me like a sycophantic chap rash when I interviewed you. Yet now you play the vicious horrible illiberal liberal to appease your vile woke base. All a bit sh*t really. But on a positive note, I loved The Wire.”

Simon told Morgan that they met once, at a panel at Cannes with Aaron Sorkin and then-HBO chief Richard Plepler.

It kind of went downhill from there, as Simon brought up Morgan’s role in the British phone hacking scandal, and Morgan called Simon a “repulsive human being.”

Morgan wrote, “Aaron was a class act. You…. not so much. Probably explains why The West Wing is so much better than The Wire.”

Simon wrote, “Sorkin is swell and has gigs. I’m still working for Time Warner after a quarter century. You’re unemployed and if it was a Tijuana cathouse and you had a fistful of fifties, you still couldn’t get laid at TW or anywhere else over here. Not after that pratfall you did at CNN.” In 2011, Morgan succeeded Larry King at CNN as the host of a nightly talk show, but the program was canceled in 2014 due to low ratings.

Morgan departed Good Morning Britain last month after he faced a backlash from remarks he made dismissing Markle’s claims in her interview with Oprah Winfrey. In the interview with Carlson, Morgan said that he was given the option of apologizing for the remarks or resigning.