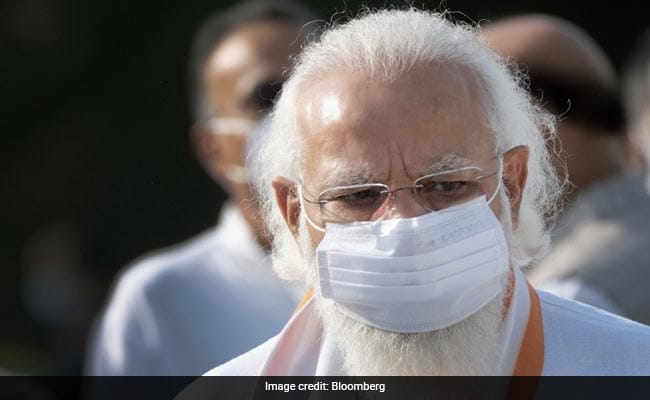 After making great strides in promoting renewable energy, India is once again being singled out as a global climate laggard. Its negotiators blocked agreement on tackling emissions at the G-20 meeting in Naples earlier this year, publishing an eye-catching dissent calling for the group to focus on bringing down high per-capita emissions in rich countries. India later skipped a ministerial meeting meant to prepare for the next global climate-change summit – the only one of 51 invitees to do so. Its leaders clearly resent pressure to set a date for reducing net carbon emissions to zero, as rival China has.

The West’s focus on India’s lack of a net-zero target, however, may be misplaced. It risks missing a potentially major shift underway in the country.

While Prime Minister Narendra Modi has always taken climate change seriously, he hasn’t typically highlighted it as part of his domestic policy agenda. His recent Independence Day speech was different. PM Modi uses the speech, delivered from the ramparts of Delhi’s Mughal-era Red Fort, to outline his government’s major upcoming policy initiatives. Previous speeches launched his “Make in India” manufacturing push and his program to improve India’s sanitation and hygiene.

This year, PM Modi focused on climate change. He tailored the appeal to suit his hyper-nationalist image, pitching the energy transition as a matter of “environmental security,” as crucial as defending against the likes of China and Pakistan. He appealed for greater self-reliance, warning of India’s dependence on petroleum imports.

PM Modi talked about a new “National Hydrogen Mission” to develop green hydrogen and fuel cells, and about the electrification of India’s massive rail system. He could also have mentioned the government’s new subsidy for electric vehicles, which might make electric two-wheelers, in particular, attractive to India’s vast scooter- and motorcycle-riding population.

I doubt India’s government has shifted so strongly to greener rhetoric because of pressure from foreign diplomats and climate activists. It’s more likely that PM Modi appreciates India’s need for a compelling new growth narrative.

India’s growth engines had cooled even before the Covid-19 pandemic hit. PM Modi’s big manufacturing push hadn’t really paid off; private investment was at historic lows. Early-2000s confidence that India would be the next China, the new factory of the world, has crumbled over two decades of disappointment.

In effect, there’s no growth story left in India’s economy that can enthuse both voters and investors. That’s what PM Modi hopes to recover with his new narrative about green growth.

Fortunately, a focus on greener growth might also work. In past decades, unsustainably low domestic prices for raw materials such as iron ore and coal helped drive high growth rates. That boom collapsed amid accusations of corruption and cronyism, as well as objections from many who lived in heavily polluted mining and industrial hotspots. Politically, PM Modi needs to find a less extractive growth model.

Focusing on green opportunities also offers a possible solution to India’s private investment problem. Nobody expects India’s cash-strapped government to create new networks for urban mobility, new housing stock and energy-efficient factories on its own. It’s going to need help from the private sector. If PM Modi’s government can reduce investment risk in these greener sectors and activities, making them attractive investment propositions for global and domestic capital, it might well turn around its dismal economic record.

The rest of the world should perhaps stop expecting India to fit within its own parameters of climate action and focus instead on whether it follows through on these new ambitions. While one should always take pledges about green new deals with considerable skepticism, on this occasion I’m a little bit more optimistic. In other countries, “green growth” is usually an unwieldy attempt to reconcile the divergent priorities of jobs-first politicians and climate-first activists. In India, it is the only game left in town, because we may have lost in all the others.

(Mihir Sharma is a Bloomberg Opinion columnist. He was a columnist for the Indian Express and the Business Standard, and he is the author of “Restart: The Last Chance for the Indian Economy.”)

Disclaimer: The opinions expressed within this article are the personal opinions of the author. The facts and opinions appearing in the article do not reflect the views of NDTV and NDTV does not assume any responsibility or liability for the same.