Home Top Stories Opinion: Kohli's Fast-Bowling Fantasy - Over And Over, The Same Mistake

Opinion: Kohli’s Fast-Bowling Fantasy – Over And Over, The Same Mistake 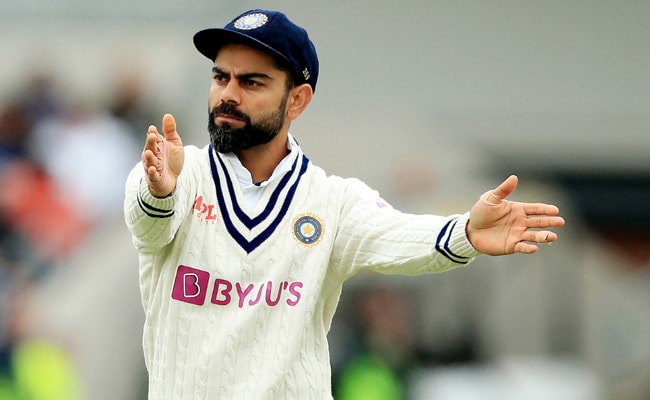 There is a predictability to the way that Virat Kohli fails as a captain. Even as Ashwin’s advocates were arguing about the need to pick the off spinner for the third Test, it was clear that Kohli would leave him out of the side. There are several reasons for Ashwin’s exclusion but the main one is that Kohli is a derivative captain whose notion of leadership is a fantasy of ruling the world beyond the subcontinent with a battery of fast bowlers.

The fact that Kane Williamson flattened the Indians with an all-seam attack for the World Test Championship helped congeal that preference for seamers into a sticky fixation. Having gone into that final with both Jadeja and Ashwin and lost, Kohli committed himself to a monoculture of four right-arm seamers for the first three Test matches. It was like a conductor deciding that he’d beef up the brass section by leaving out the violins. This is not a horses-for-courses preference; it’s not a rational choice at all. It’s a partiality shaped by two things. One, the aforementioned idea that a muscular bowling attack in foreign parts ought to consist of fast bowlers and more fast bowlers. In Kohli’s unsubtle mind, this is how the West is won. This is how Clive Lloyd laid England waste, this is how Steve Waugh and Ricky Ponting ruled the world. It’s an old problem with Indian elites: they derive their sense of what is appropriate not from their own histories and experience but by imitating how it’s done Elsewhere.

The second reason is related to the first but it’s peculiar to Kohli: the way in which ‘intent’, ‘attitude’, aggression and machismo seems bound up in his mind with fast bowling. The excitement about India’s fast bowling riches achieved orbital velocity with the win at Lord’s. It has been building, this excitement, since the Australian series when a series of unknown seamers – Mohammed Siraj, Thangarasu Natarajan, Shardul Thakur, Navdeep Saini – didn’t just fill the breach, they stormed Australia’s citadel at the Gabba and overran it. Ajinkya Rahane led the team to a glorious win while Kohli was in India on paternity leave. The understudy took Kohli’s curtain call.

The series against England that followed was won by Axar Patel and Ashwin. Ravi Jadeja wasn’t picked because he was injured. Had Jadeja not been injured, Ashwin wouldn’t have played the Australian series (Ashwin has said as much), and Axar wouldn’t have played the Indian one. And the reason Jadeja would have got the nod ahead of Ashwin is not because he is the better spinner. Jadeja has a remarkable bowling record, but Ashwin is a spin-bowling genius, and of late, the gap between them as bowlers has become a chasm.

Jadeja will, all other things being equal, always be picked ahead of Ashwin in a Kohli team because the inherent sissiness of being a finger spinner in Kohli’s mind is mitigated in Jadeja’s case by his batting ability, his superb athleticism and that sword-fighting routine with the bat. Jadeja is the living intersection of cricketing machismo and the Raj’s martial race theory, and Kohli, this modern Indian matador, likes having the real deal in his baggage train.

Given that the series against England in India was played on turning pitches, Kohli couldn’t live his fast-bowling fantasy at home. Since Ashwin had performed heroically with the ball and bat in Australia, and then teamed up with Patel to bowl India to an emphatic win in India, he couldn’t be dropped for the Test that followed upon that series, the WTC final. Interestingly, Kohli put a good face on this: he announced the two-spinner, three-seamer attack days before the match, and then haughtily declared that the team management had chosen an all-weather team. Post-defeat (after Ashwin had taken four wickets in the match) Kohli decided that the climate crisis had so changed the weather that the off spinner was a luxury in English conditions.

Kohli would argue that his four-seamer policy nearly brought India victory in the first Test and was instrumental in winning the second, routing the English in less than sixty overs in the fourth innings. But surely the lesson of the Lord’s Test was the folly of Root’s captaincy meltdown, something that Kohli, as his opposite number, was perfectly placed to appreciate. The match was England’s to lose on the fifth day and Root lost it. The idea that Shami and Bumrah’s one-off partnership vindicated a batting line-up where the team’s left-arm spinner walked in at seven, followed by four No 11s, tells you more about magical thinking than cricketing rationality.

What makes this foreshortened batting line-up genuinely bizarre is the dreadful form of India’s middle order. Pujara, Kohli and Rahane average under 25 runs an innings in Tests played over the last two years. Kohli is both India’s principal batsman and its captain. There is something Olympian about his total lack of self-awareness about his form and the correspondingly awful form of his middle-order while picking the team. If a team’s 3,4, and 5 average under 25, how does a captain justify picking four No 11s after Jadeja? How does he afford the luxury of four non-batting seam bowlers, how does he exclude Ashwin, who, apart from being the greatest spin bowler in the world today, is a capable lower order batsman?

These are rhetorical questions because the answer is obvious to anyone who follows Indian cricket. Kohli doesn’t need self-awareness, he doesn’t have to entertain second thoughts about selection because he’s an indispensable brand for India’s cricketing establishment. He exists in a state of perfect impunity.

England played five left-handed batsmen in the third Test. Two of them, Rory Burns and Dawid Malan, were top-order batsmen, fighting for their places in England’s eleven. You can see Ashwin, even in the wake of a dreadful batting performance, plotting ways of winkling them out. This is the most lethal bowler to left-handers in the history of the game. And Kohli knew these lefties would be selected; this was a chronicle of a death foretold where nobody died because Ashwin, off-spinner extraordinary and southpaw killer was summarily dropped. At the time of writing, England is 345 runs ahead with two wickets in hand. Whatever happens from this point on, we would do well to remember that this situation came about partly because Kohli preferred a fourth fast bowler to Ashwin.

Kohli gave Ishant Sharma the new ball at the start of England’s first innings after the catastrophe of India’s collapse. Why Sharma? On touring form, it was clear that Jasprit Bumrah and Mohammed Shami were the better opening bowlers. There’s a simple explanation: having picked Sharma over Ashwin, Kohli’s decided that the best way of justifying his inclusion was to give him the advantage of the shiny new ball. Sharma bowled a wretched first over, gave away nine runs and, in the unanimous opinion of every commentator on Sky and Sony, was an appalling candidate for the new ball. Did Kohli learn his lesson? No. When the second new ball became due, Kohli gave it to Sharma again. The fact that Sharma ran in with the rhythm, pace and fluency of a straggler in a sack race made no difference to the king.

I am not blind to Kohli’s strengths. He performs intent and passion with intent and passion. There is something genuinely endearing about the way he’s always up for the fight. That grinning mohalla/locality lad raring to have a go, who organizes a pile-on when the outside team gives you those ones, that’s Kohli’s best persona. Like at Lord’s when he conducted that fourth innings avalanche. I have a suggestion. Decades ago, the Indian Davis Cup team used to occasionally nominate a non-playing captain who called the shots, but not on court. Kohli should be made India’s dressing-room king. He should nominate a regent, like Rahane, to lead the team on the field.

During the match, Kohli should be given a designated area with a giant monitor where a KohliCam livestreams him reacting to the match in exactly the same way as he would in the middle. This feed can then be intercut with live coverage of the match, lifting desi spirits and inspiring his teammates via the stadium’s big screen. This is a win for everyone: the skipper in the middle gets on with the routine business of choosing bowlers and placing fields while King Kohli gets to focus on the important stuff: embodying attitude, performing intent.

Mukul Kesavan is a writer based in Delhi. His most recent book is ‘Homeless on Google Earth’ (Permanent Black, 2013).

Disclaimer: The opinions expressed within this article are the personal opinions of the author. The facts and opinions appearing in the article do not reflect the views of NDTV and NDTV does not assume any responsibility or liability for the same.