On Nun’s Plea To Stay In Convent, Court Told To Take Decision In 3 Weeks 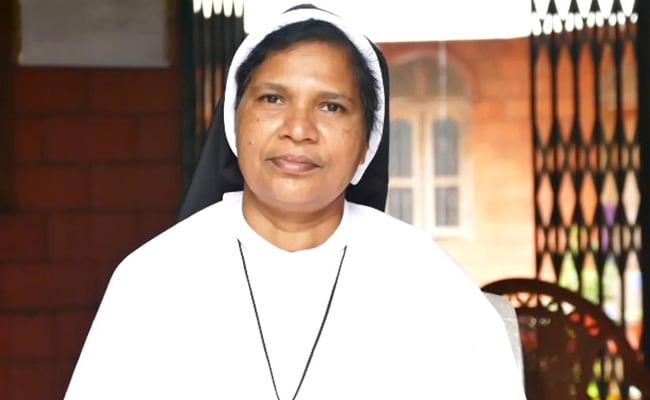 Court directed police to investigate if she complains of threat while living outside the convent (File).

The Kerala High Court on Thursday disposed of a petition by Sister Lucy Kalappura, expelled from the Franciscan Clarist Congregation for alleged violations of its rules, with a direction to a munsif court to take a decision expeditiously in three weeks on her plea, seeking her right to stay in the FCC convent at Karackamala.

The Court said that since the matter is still in the civil court in Wayanad district, it would not be proper for it to enter into the finding on the rights of the people residing in the convent, as requested by the petitioner. It would be appropriate for the munsif court to hear the application and take a decision expeditiously, the court said.

Taking a lenient view on the nun’s complaint that she was facing a threat from known and unknown persons, Justice Raja Viajayaraghavan observed that her apprehension appears genuine and directed that CCTV visuals in and around the convent where she is currently staying be preserved and protected.

The court also directed police to investigate, assert truthfulness and accord protection to her if she approaches them with complaints of threat while she is residing elsewhere other than the convent in Karackamala.

The nun, who argued her case in person, had told the court that she has challenged the order of eviction against her before a civil court and till that is decided she wishes to continue staying at the convent.

She had said the court may withdraw the police protection granted to her, but she should be allowed to stay at the convent as she has no other place to go to.

Sister Lucy had said while she had the police protection she had confidence to venture out and whenever there was any conflict with the convent authorities, like the kitchen or dining area being closed for her, police came to her aid.

The court had said the only plea before it was for police protection and it was willing to grant the same as long as she is not staying at the convent.

The convent, during the brief hearing, had alleged that there is a discipline to be followed in a nunnery and the sister was not following the same. It had further claimed that she returned to the convent at varying hours in the night, which was not permissible.

In June, the Vatican had rejected Sister Lucy’s third appeal against the decision of FCC to expel her for “failing” to provide explanation for her lifestyle, which allegedly violated church rules.

The nun, who took part in a protest by nuns belonging to Missionaries of Jesus Congregation seeking the arrest of Bishop Franco Mulakkal, accused of raping a nun, was expelled by the FCC under the Roman Catholic Church in August 2019.

The congregation, in its notice, had termed as “grave violations” Sister Lucy possessing a driving licence, buying a car, taking a loan for it and publishing a book and spending money without the permission and knowledge of her superiors and the Vatican had ratified the decision.

The nun, however, had denied the charges levelled against her by the congregation, saying many of them were a “deliberate attempt to paint her in bad light.”

Facebook
Twitter
Pinterest
WhatsApp
Previous articleJapan Emperor Says Holding Tokyo Olympics In Pandemic “Far From Easy”: Reports
Next articleArmy of the Dead 2 Confirmed for Netflix With Zack Snyder, but Not After Until Rebel Moon

(adsbygoogle = window.adsbygoogle || ).push(); <!-- -->The MLA and TS Singh Deo were seen together in pictures clicked at the...
Read more
India