Home Top Stories Nothing To Worry About Fallout Of Afghan Crisis In Kashmir: Army

Nothing To Worry About Fallout Of Afghan Crisis In Kashmir: Army 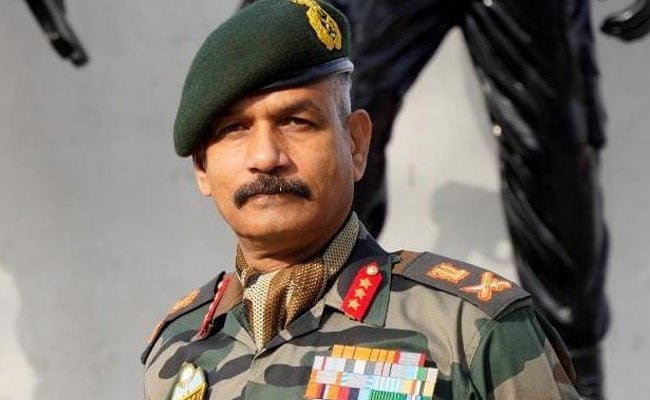 Lt Gen DP Pandey said this to reporters on the sidelines of an event in Srinagar. (File)

The Army on Sunday said the security situation in the Kashmir valley is under control and there is nothing to worry about the fallout of the Taliban’s takeover of Afghanistan.

The General Officer Commanding of the Army’s 15 Corps, also known as the Chinar Corps, Lieutenant General D P Pandey, said this to reporters on the sidelines of an event in Srinagar.

“This is a playground and I do not want to comment about the outsiders. But remember, the security situation here is in our control and there is nothing to worry about it,” he said, replying to a question on the challenges for the security establishment in Kashmir in the wake of Afghanistan’s takeover by the Taliban.

The GOC was the chief guest at the final match of the Kashmir Premier League cricket tournament, which was played at the Sher-e-Kashmir stadium.

Lt Gen Pandey appealed to the youngsters in the valley to focus on sports and hoped that Kashmir will produce an Olympic gold medallist like Neeraj Chopra in the future.

“Today, National Sports Day is being celebrated and there could not have been a great day for this final than today. I take this opportunity to appeal to the youth to focus on every sport and not cricket so that god willing, a Neeraj Chopra comes to the fore from here,” he said.

The Army officer said sports teaches discipline and the youngsters of Jammu and Kashmir, who have a lot of talent, should use it to earn a name for themselves.

He asked them to learn from the success story of former Indian cricketer Yusuf Pathan, who was also present on the occasion.

“Like you and me, he (Mr Pathan) rose from a small village and reached here with his hard work. I am sure all of you will learn from him and move forward to become good citizens, good sportsmen with full discipline and earn a name for the country,” he said.

Speaking to reporters, Mr Pathan said there is a lot of talent in Jammu and Kashmir.

“I learnt that from Irfan (Pathan, Yusuf’s brother who was roped in by the Jammu and Kashmir Cricket Association as a player-cum-mentor for the cricket team of the Union Territory). Two to three boys were selected and played in the IPL as well. This is a good sign that there is talent is here. The way the Army has organised the tournament, which has been played by 200 teams, it is worth appreciation and it will encourage the talent,” he said.

Mr Pathan said the Army is working hard to encourage youngsters and its efforts will bear fruits.

“People here are working to take cricket forward. Everyone wants IPL matches, national and international games to be played here. Obviously, it will happen once the infrastructure is there,” he said.