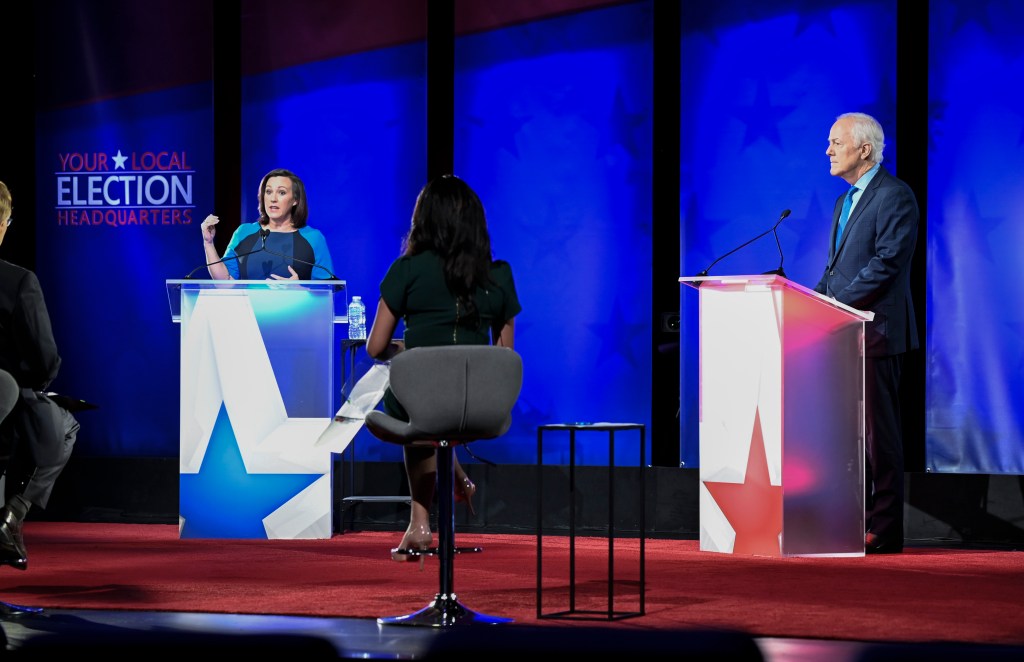 Nexstar, the No. 1 owner of local TV stations in the U.S., posted record results in the fourth quarter as political ad spending drove a 25% increase in revenue to nearly $1.4 billion.

Political ad spending amounted to $298 million in the quarter ending December 31, out of total TV ad sales of $772 million. The Atlanta runoffs in both of the state’s U.S. Senate seats adding to an already massive haul, and Nexstar’s stations also added debates and studio shows designed to amplify political news coverage.

Net income came in at $7.97 on a diluted basis, more than triple the $2.36 recorded in the year-ago quarter.

The numbers handily exceeded the consensus estimate of Wall Street analysts, which was for $1.34 billion in revenue and earnings of $7.11 a share. Investors cheered the quarterly report, sending the stock up almost 5% in mid-day trading to an all-time high of $134.41.

The political engines will be revving up again soon for 2022 races, though CEO Perry Sook cautioned that the company does not anticipate a return to 2020 spending, which he called an “extraordinary event.” Distribution fees also bolstered the quarterly results with revenue in that area rising 18% year-over-year to $528 million. In a conference call with analysts, Sook noted that 85% of the company’s distribution deals have been locked through 2022.

Tim Busch, president of broadcast for Nexstar, said of 435 elections for U.S. House seats, Nexstar stations reach about 370 of them. In the Senate, he said the company would be able to run ads for 31 of 34 races, and about 85% of all gubernatorial races nationwide.

“It’s a strong footprint,” he said. “It will be starting a little earlier in ’21 and going right through the last part of ’22.”

Sook said the rebrand of WGN America as NewsNation will take effect on Monday and he said the cable network “far exceeded budgeted expectations” in 2020.

The rebrand hinges on a down-the-middle approach to news in primetime, an effort to stand apart from the partisan fare on Fox News, CNN and MSNBC.

Asked about viewership trends in linear TV, which has been on a more fragile footing as streaming has started to sweep across the media landscape, Sook noted that Covid-19 lifted all broadcast boats in 2020. “Our job is to try to hang onto as much of that viewing as we can,” he said.

The snow and energy crisis experienced last week in Texas — the state where Nexstar is headquartered — offered a demonstration of the opportunity for linear and local TV.

“People did not go to Apple TV” for news on the storm and the power outages, Sook said. “People do not go to streaming services to find out when the water is safe to drink.”

CBS has set the scene for its blockbuster Meghan Markle and Prince Harry interview by releasing the latest tease of the sit-down, in...
Read more
Hollywood

The act of healing takes many forms. From the healing of a physical trauma, to the healing that takes place within our hearts...
Read more